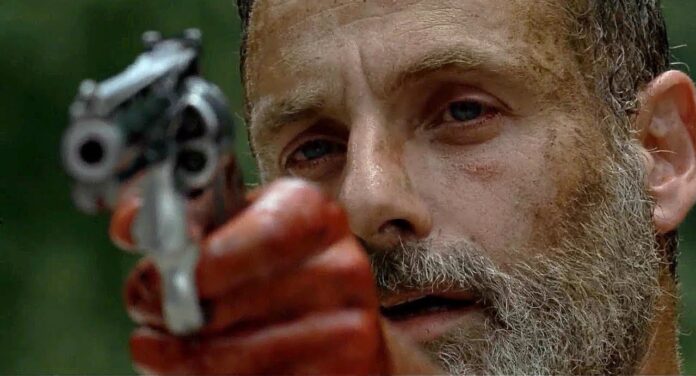 The Walking Dead series is full of question marks due to its scenario. The most interesting theory of the series, the theory of which was produced by his fans, was the immortal Rick Grimes theory. Now an explanation has been made for this theory.

Rick Grimes, the leading role in the series The Walking Dead, which has a huge fan base in the world; He was a good leader, a good warrior, and a good sheriff, but there were also those who thought that Rick Grimes character was immortal.

The zombie virus is at the center of the series, which continues for 8 seasons. With the cause of the epidemic never appearing, he reversed the series fans and showed that the virus actually exists in people and is waiting to be aroused.

There are many fascinating theories about The Walking Dead:

Over the years fans of The Walking Dead have come up with different fascinating theories. These extend from the fact that the whole story is actually told by the old Carl Grimes, everything that actually happened was a dream that happened in Rick’s mind.

Above all, the most interesting theory that could potentially be proven on television is; It was the theory that Rick Grimes was immortal. This theory has been on the agenda since The Walking Dead has become famous. Inexplorata’s statement on the subject has become one of the most popular theories on Reddit.

There is some evidence to support the idea that Rick is immortal, however crazy as it sounds:

There were several theories that suggested that Rick could be a link to the zombie virus, but all of them have been disproved. The immortality theory is a few steps ahead of this and is related to the origins of the epidemic. In this theory, which is supposed to be human-made because it was not known at the beginning, it is estimated that the virus was made to bring the dead back.

Of course, when the account at home did not fit the market, the dead came back to life as “mindless meat-eaters”. In the second part of the theory, after a failed attempt of immortality, it was said that this virus can actually work on a few selected people. The theory, which says that Rick Grimes is also among the chosen people, suggests that he was shot deadly and returned to life in season 1, and that he came to life with death again after years as an example.

We cannot say anything about the correctness of this assumption, which is ultimately a theory. Perhaps we can get the answer to our question marks later in the ongoing series.

REVEAL THE LAST MESSAGES GOO HAD COMMANDED BEFORE DIE

Higuaín’s contract was for Luis Suárez

This is how Jimin looked at the first Billboard Music Awards

He is already Mexican! Drake Bell shares his “INE” on Instagram