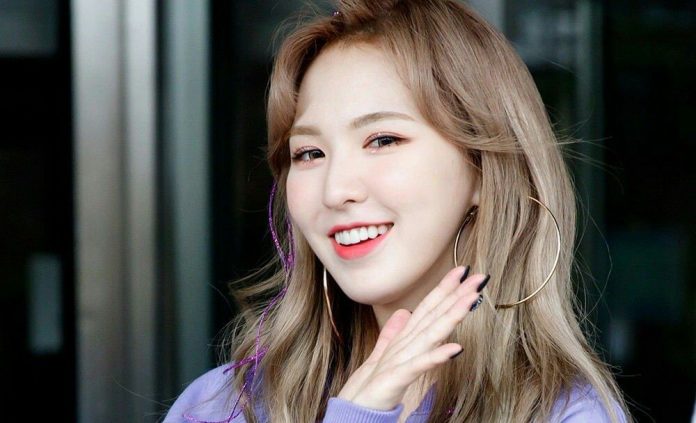 Red Velvet member stayed away from the entertainment world for several months and is now returning as an MC. Wendy took time away from the cameras, but now she is ready to resume her activities in and out of Red Velvet, the girl became an MC of the Fantastic Record Shop show.

Wendy’s comeback has brought great emotions to the REVELUVS , we recently saw the girl join her fellow members at SM Entertainment’s online concert , but now she also shone on Korean television marking a new stage in her career.

At the end of the year 2019, Red Velvet was getting ready to be part of some of the shows for the end of the year, however, during the rehearsals of SBS Gayo Daejeon Wendy had a fall that led her to stay in recovery for a long time.

Now that she is well, the girl does not want to let more time pass and has started to take on new projects, so she joined the Fantastic Record Shop team , a perfect variety show for music lovers.

JTBC program has several MCs , Yoon Jong Shin, Jang Yoon Jung and Kyhyun of Super Junior , but now received Wendy as a member of this team, the idol won with her charisma and knowledge.

It is a weekly show where some guests visit the set and tell some stories or situations that they face, taking that into consideration, the MCs recommend songs from various musical genres that they might enjoy.

See Also
Wendy's experience returning as an idol after her accident

The first episode of Fantastic Record Shop has already aired and Wendy showed her variety show skills by earning her spot in front of the public.

Very soon the film starring Irene will be released , we will tell you everything you need to know about Double Patty before its release.