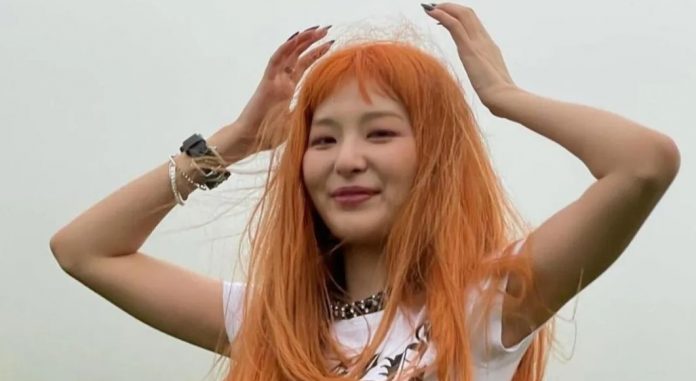 Red Velvet member Seulgi is popular for her dance moves, but there is a style that she masters with ease and grace.

What is Tutting? Seulgi from the music group Red Velvet is a talented exponent of this dance style that is characterized by its strength, elegance, and precision. Learn more about the skills of the K-pop idol.

Since her debut with Red Velvet, Seulgi stood out in the K-pop band’s performances for her stage presence, voice, and dance moves, from then on she earned the looks of millions for being a star.

When the Red Velvet subunit Irene & Seulgi presented their first album Monster, the girls released Episode 1 with the song Naughty, the MV had a black and white concept that highlighted the beauty of both and also a very original choreography.

The idols of the SM Entertainment agency had a choreography totally inspired by Tutting, a dance style that prioritizes the hands and generates geometric figures with great precision to the rhythm of the music.

THE TIMES RED VELVET’S SEULGI PROVED HER SKILL WITH TUTTING

Seulgi became a topic of conversation for her mastery of Tutting, another characteristic of this dance is that it seeks to imitate the poses of Egyptian hieroglyphics, even its name is derived from the King of Egypt Tutankhamun. : OR

In addition to the hands, the tutting gives high priority to the fingers, making the choreography showy and the expression of the limbs more dynamic for the dancers, as the RV member showed.

On different occasions, the ‘Wow Thing’ interpreter shared videos of her practices or improvisations in the dance studio, she even helped Irene to perfect her steps and ReVeLuv witnessed this express class.

Although tutting was quite popular before Naughty’s premiere, many K-pop idols were drawn to Seulgi’s performance and even performed covers of the choreography such as WayV’s Xiaojun, Girls’ Generation’s Hyoyeon, NCT’s Jeno, and Jaemin. Wow!

Behind Your Eyes: Understand The End Of The Series