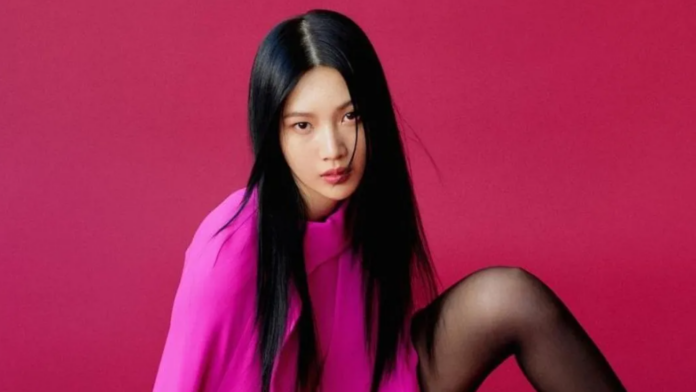 The Red Velvet member surprised her fans with her beauty and feminine side in a new photoshoot, this is how she enjoys modeling.

Red Velvet’s Joy stars in the new issue of Korean magazine Allure, the idol shared the beauty secrets behind her image and self-love, modeling is a form of expression for her.

The girls from SM’s girl group are getting ready for their next comeback, in a few days they will be making their first public appearance after the Irene controversy , and they will also welcome Wendy, who was absent for almost a year due to an accident. Reveluv is excited to see all 5 girls on stage.

As part of her solo projects, Red Velvet’s Joy starred in the new photoshoot for fashion magazine Allure., whose number will be published in January. The idol gave an interview where she opened her heart about beauty and her taste for fashion , she also shared some photos through her personal Instagram account.

With a feminine, wild and daring style, Joy posed in front of the camera with different outfits, including some evening dresses, one long and black, another with an animal print consisting of a skirt and a top. She also posed in a feathered jacket and black shorts. Her black hair and dark makeup highlighted her eyes and ethereal gaze.

The idol of the K-pop group gave a personal interview about her taste in fashion and the conception of beauty, Joy explained that modeling is a job that she likes, as she considers it a form of expression since experimenting with different clothes is becomes a character.

Despite being considered an attractive girl, the singer confessed that in her early years she had a complex due to her physical appearance, she considered that even if she had talent, people are fixed on beauty , so she felt hurt. However, the idol learned that you shouldn’t hate yourself and push yourself for the standards that exist.

With the Photoshoot has also managed to find her own style when combining clothes, she even feels a peace in her heart when she sees the finished work, because she knows all the effort behind it, makeup sessions, hairstyle, as well as the professionalism of her work team, although she felt insecure when she knew the concept that she would carry out, but she managed to have confidence.

Rihanna: Eminem returns with apologies to the singer!