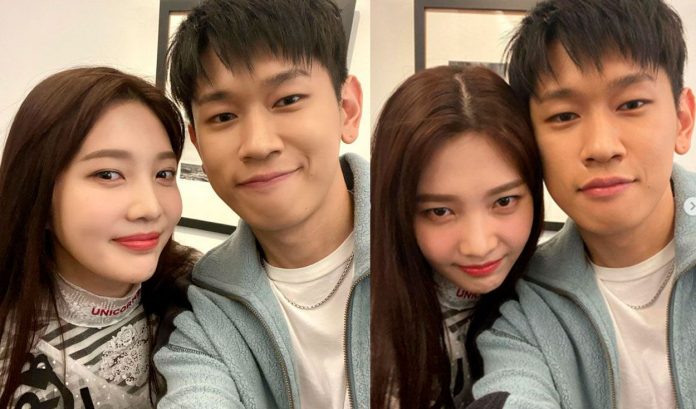 Following rumors, the relationship between Red Velvet’s Joy and Crush was made official, and fans congratulated the new couple. They are a couple. Joy of Red Velvet and Crush were rumors dating Korean media and it was not until confirmation of their agencies was learned that both artists had started a relationship.

It all started with an article from Sports Chosun, where they claimed that K-pop idols had started to develop feelings for each other since they worked on the song “Mayday” in May 2020.

The first to come out in front of the media was PNation, who with a short announcement confirmed that Joy and Crush are a couple, although they avoided giving details about when the romance began.

Spanish translation: “Crush and Joy were senior and junior, and they recently started dating.”

SM Entertainment released a brief statement regarding the confirmation of the relationship between Joy and Crush but officially representing Red Velvet’s idol’s stance.

Spanish translation: “They met as senior and junior and recently began dating after a crush (between the two of them).”

This was said by Joy, in the letter she dedicated to her Red Velvet fans after confirming her relationship with Crush.

“We are at the stage of confirming each other’s feelings and getting to know each other more, so the articles came out so quickly that I was careful and was taken aback. But I’m writing this because I feel like Luvies would have been more surprised than I was. I hope that our Luvies, who take care of me and support me until now, can understand and support me … I am sorry to have surprised you so suddenly ”. 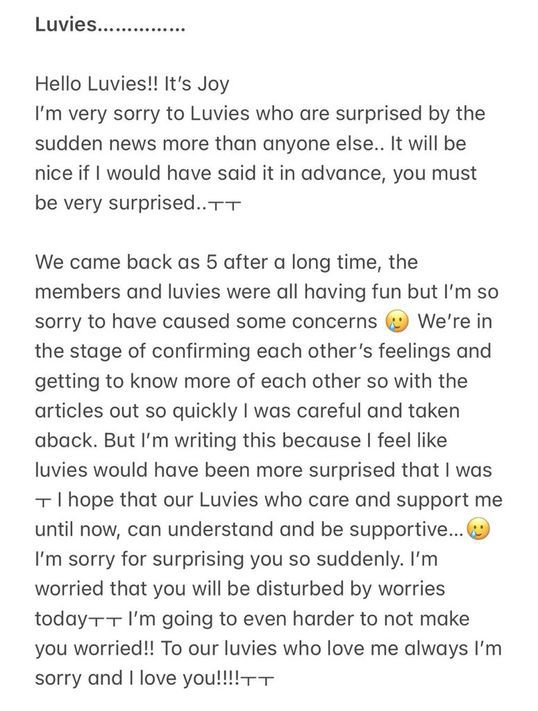 Like Joy, Crush also dedicated an emotional letter to his fans lamenting that it was not him who revealed about their relationship.

He also said that the Red Velvet singer had filled her days with happiness because of the great positivity she radiates.

How did Joy and Crush meet?

“Mayday” – Joy and Crush
On May 20, Crush’s “ Mayday ” MV was officially released and featured special participation by Red Velvet’s Joy.

Who is Red Velvet’s Joy?

On August 1, 2014, she officially debuted as a member of Red Velvet.

He started his career in the entertainment world as a producer and in 2012 he made his official debut as a solo artist with the single “Red Dress”, which featured the collaboration of TakeOne.