Home Entertainment Red Velvet: Will All The Members Renew Their Contract With SM? 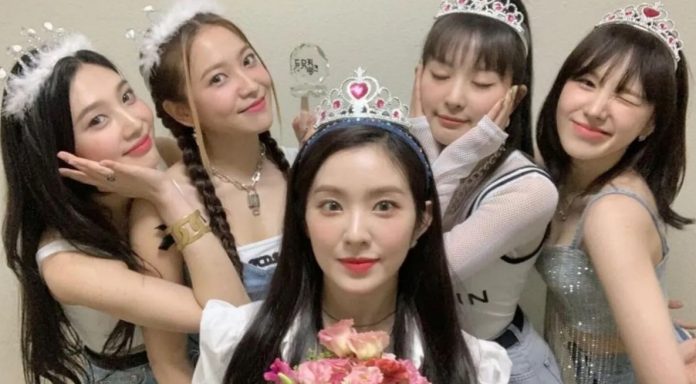 Red Velvet idols already renewed their contract with their agency? One of the singers revealed details of her situation in SM.

ReVeluv has long expressed curiosity about the Red Velvet members’ contract renewal with SM Entertainment, the band has already turned 7 years since their debut and this is what is known.

In August, Red Velvet made their long-awaited 2021 comeback with the album Queendom, and they also celebrated their 7th anniversary since their debut with projects that reminiscent of their career onstage.

A question among the fandom arose and is that the duration of an idol’s contract with her company is usually 7 years, so the POSE interpreters (except Yeri) had to renew or revoke their legal agreement with SM Entertainment this year.

Although the status of Seulgi, Joy, Wendy, Yeri, and Irene with SM Entertainment is unofficial, one of them revealed a few of their future activities and what ReVeluv could look forward to in the months to come.

Currently, Wendy is the MC of the radio program Wendy’s Youngstreet on SBS Radio, her broadcasts are from Monday to Friday so many fans waited for her outside the building where the radio station is located.

When the Like A Waker singer left her job, the WENever fanbase asked her what activity she would do the rest of the day, then Wendy replied that she would have a photoshoot for Season’s Greetings.

According to ReVeluv, the new merch that the Red Velvet member named would be launched until 2022, so they came to the conclusion that she has already renewed her contract with the company and also the rest of the members, but they are only conjectures.

So far, SM Entertainment did not reveal the K-Pop group’s situation with them, nor did the idols share information about their new contract or their departure from the company, but ReVeluv will be patiently waiting for an official statement.

The content of the second season of “Autumn of Babylon” has...

RM Gives Thoughtful Speech on Korean Art At The MET in...