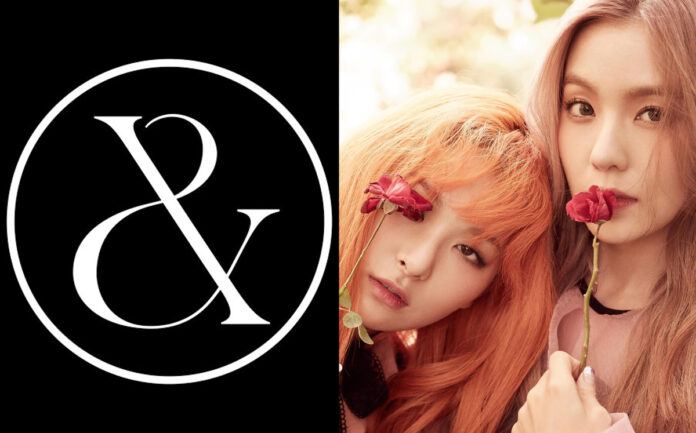 It revealed the name of the mini album with the subunit of Red Velvet Irene & Seulgi will make their debut .

Since it was announced that Irene and Seulgi possibly form the first subunit of Red Velvet , fans of the group of SM Entertainment is thrilled to be able to see together on stage at two idols .

Seulgi and Irene were on the cover of NYLON magazine in their Korean version, the theme of the photo shoot was named ‘We Heart It ‘, the rumors that the duo was preparing a record material grew stronger.

Through social networks of SM Entertainment , the name revealed the disk subunit Red Velvet composed of Irene and Seulgi , ‘ Monster ‘ will be the first mini album of the singers ‘Sunny Side Up’.

Two photos of the official logo of the CD were also published , the images appear in two different shades: black and white. The symbol that will characterize the Red Velvet – Irene & Seulgi subunit will be ‘&’.

Although neither the release date nor the schedule of promotions has been released, ReVeluv showed all its love in the publications of SMTOWN . For more details on the upcoming debut of the Red Velvet subunit – Irene & Seulgi stay tuned to our news.

‘Deadpool 3’: Ryan Reynolds confesses it will take time to see...