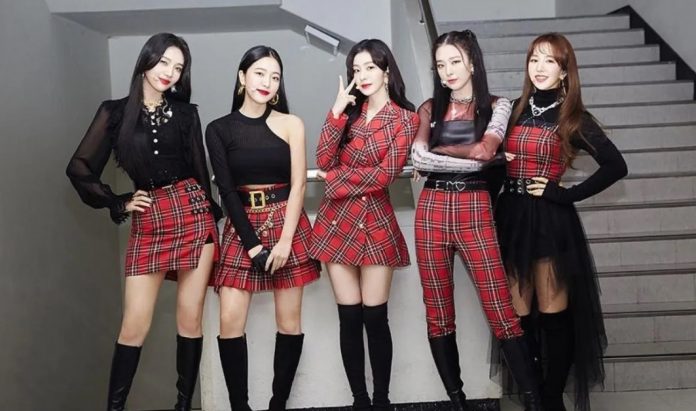 Red Velvet shows her classy side and shares her plans in 2021. The K-pop group revealed the Seasons Greetings 2021 and shared with Reveluv their wishes and expectations for their career for 2021.

Red Velvet begins 2021 with its most elegant side and the premiere of its Seasons Greetings, also, they shared a New Year’s message with their fans to reveal their next plans.

The agency girl group SM had a 2020 without a group comeback, but they debuted the sub-unit SeulRene with their single “Monster” , they also did some solo projects like OST of dramas, covers of fashion magazine and movies like “Double Patty” . 2021 promises to be the perfect opportunity to make their new group comeback .

Through their official social networks, Red Velvet began the first promotions of the year with the launch of their Seasons Greetings,an annual package that includes a calendar, stickers, photo album, agenda and a DVD for the girls to accompany you every month. The idols showed their most elegant side during the photoshoot.

Irene, Yeri, Joy, Seulgi and Wendy wore black, feminine and elegant outfits, made up of skirts, jackets, shirts and ties. The five girls posed in front of the camera like business women, with a serious and mature image. The group also revealed their New Years message and shared all of their plans.

RED VELVET PREPARES FOR ITS RETURN IN 2021

Red Velvet wished all of their fans a happy new year, who could have several surprises from the girls, as they promised that the things they could not do in 2020 might happen in this new annual cycle.

They also talked about their seventh anniversary and thanked their fans for their support, the group debuted in August 2014, they are expected to make a special release to celebrate; Another of their plans is the comeback they have been preparing, although they have no confirmed return date. Red Velvet hopes to meet their fans as much as possible through various activities.

About her future in the company, the contract of the girls expires this year and it is expected that there will be new negotiations to stay in SM and renew it, but there is also the possibility of a dissolution or end their professional relationship with the agency, all are rumors by fans when this imminent date is about.

The girls have been characterized as a very popular group within K-pop, but they are also icons of fashion and beauty, discover what their secrets are.