Home Celebrity Red Velvet prepared more comebacks for 2022, when will they be? 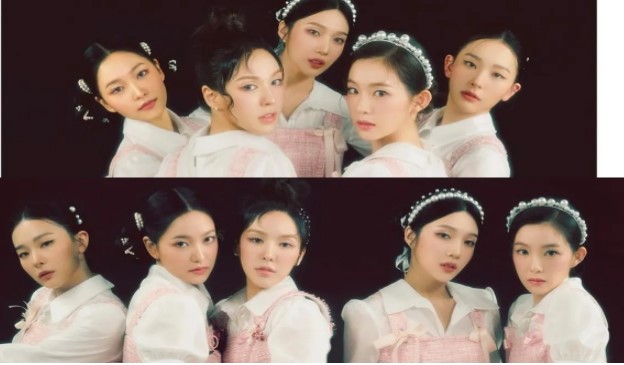 After a successful comeback with their album ‘The ReVe Festival 2022- Feel My Rhythm’, the interpreters of ‘Mosquito’ announced that there are many plans for the K-Pop group Red Velvet and it is a next album.

Without a doubt, the girls of Red Velvet have earned the affection of their followers for their vocal talent, their dance steps, and their interesting concepts. The K-Pop girl group had quite a success with this return to music with their album ‘The ReVe Festival 2022- Feel My Rhythm’.

After the premiere of the music video for their title song called Feel My Rhythm, the K-Pop group sold 510,000 copies for their latest album called ‘The ReVe Festival 2022- Feel My Rhythm’ Without a doubt this is something that has marked the artistic career of singers.

Recently the K-Pop group Red Velvet released their album called ‘The ReVe Festival 2022- Feel My Rhythm’. This new release has been a complete success in the musical career of the singers since it managed to sell 510,000 copies.

In previous days, the girl group Red Velvet held a showcase where the interpreters of ‘Bad Boy’ talked about the success that their new release has been and about the concept that they show in the premiere of their album and about the following promotions that will perform for part of their recent comeback. As well as attending variety shows and other things.

On March 21, the Red Velvet group held their showcase where they promoted their album and talked about future projects they have as artists in the K-Pop world.

The group will return with a new concept never attempted before this year at the end of the spring season. The singer Wendy explained that for them it is very important to focus on the sense of smell and the visual since in spring, it is full of the aroma of flowers.

In the images of the members you can find the smell of flowers. While in the music video you can feel the aroma that the flowers leave in the air.

Wendy: “Spring is a season that symbolizes beginnings, so it will be a very exciting season for us.”

Although there is no exact date for Red Velvet’s next release, the idols will undoubtedly return with new music very soon throughout the year 2022 and it will be with interesting concepts for their fans.

Without a doubt, this would be a very interesting concept on the part of the members of Red Velvet, the singers have handled many quite interesting concepts and they remain marked in the public’s taste, this is something that ReVeLuv is going to enjoy.