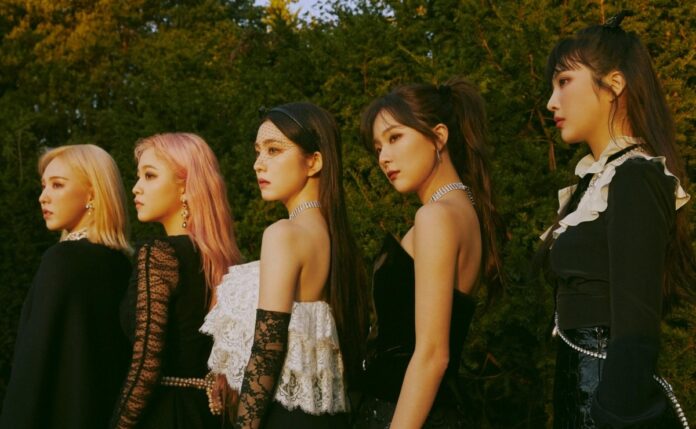 Red Velvet could be preparing their next project for 2021, the girls were seen with looks and make up after making some mysterious recordings that sparked comeback rumors.

The SM K-pop group will return in 2021, in a conference, CEO Lee Sung Soo assured that they would be preparing for a new album and will return with a much more mature image after the situation they lived after the accusations of a stylist. Reveluv believes that they are closer to having a new comeback after some photos were leaked.

Through social networks, Reveluv began to speculate on the possible return of Red Velvet, in addition, they welcomed Wendy, who was seen for the first time with her companions after being absent for almost a year. Comeback or concert on the doorstep? The K-pop group’s fanbases shared some clues that sparked the rumors.

This year, the girls debuted their new sub-unit SeulRene with their single Monster, they also undertook some solo projects, such as Irene’s film “Double Patty” and Seulgi’s literary collaboration, but their fans believe that a few days ago they could have recorded their new MV, as they were captured outside of a studio.

The photos circulating on social networks show three of the girls going out in trucks and despite wearing the mask, the mask did not hide their makeup, so suspicions of a new video increased among the fandom.

Another detail that drew attention is that Wendy was with Seulgi and Joy, confirming her return to the group and her participation in her next project. Although Irene and Joy were not seen, posts from the SeulRene dancers, who wore the “Monster” outfits, were shared, so the theories were diverted to a Beyond Live online concert or some year-end performance.

So far, there is nothing confirmed, they will have a comeback, but it is unknown if it will be in January or February 2021, the girls could have recorded a video or made a photo shoot of it. Reveluv also shared congratulatory messages after seeing Wendy resume her normal activities as an idol and in great health to be able to perform on stage.

The Red Velvet girls have a variety of songs, but these K-pop group OSTs will help you win over your crush.

Hailey Baldwin will sue the surgeon who revealed his surgeries