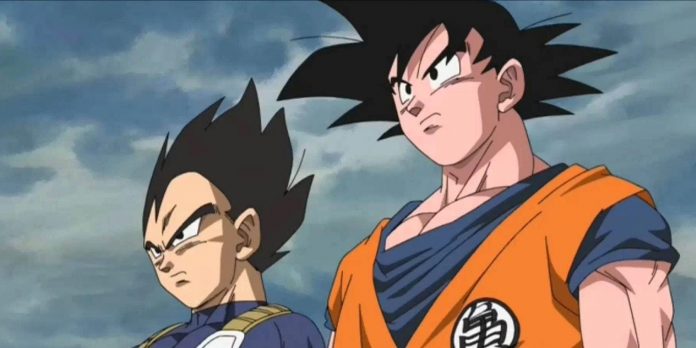 Shо̄nen anime is famous for its reliance on tried-and-tested tropes, plot devices and character archetypes. This is partly the influence of Shо̄nen Jump magazine and its rich roster of hit titles, especially those from the magazine’s “Golden Age” era. One trope that has worked its way into the very DNA of Shо̄nen as a genre is the introduction of the protagonist’s foil, a character who is seemingly the exact opposite of the usually good-natured main character.

This character, often dubbed the rival, has become an integral part to the development of any Shо̄nen, particularly those that are focused on battle. But just how did this trope gain such importance to Shо̄nen, and what are some of its most popular executions?

RELATED: The Most Iconic Rivals In Anime

The Red Ogre Who Cried

In Japanese folklore, there exists a story about a red ogre and a blue ogre who live in a forest. In the tale, the red ogre sought to befriend human children living in a nearby village, so he placed a sign outside his house, inviting any and all inside with the promise of tea and tasty snacks. Nobody ever visited the red ogre, which made him despondent. However, his best friend, the blue ogre, approached him with a simple plan. The blue ogre would go to the village and terrorize the villagers, after which the red ogre would come to rescue them and chase the blue ogre away.

The plan worked, and the red ogre became very popular among the village children; however, an unintended consequence is that being in the villagers’ good graces meant that he could no longer be friends with the blue ogre. The blue ogre leaves his best friend a note explaining that if they remained friends, the villagers would no longer allow their children to play with them. The red ogre cried, knowing that his desire to befriend the village children led to the loss of his closest friend. The blue ogre knew what was at stake, and chose to help his friend despite the consequences. There are varied opinions about the moral of this folktale; however, many converge at the idea that it’s about being grateful for what you have and the importance of true friendship.

Red and blue are often contrasted, with the red representing passion, fire, vigor, emotions like anger, rage, love, and a general sense of vibrance. In various Asian cultures, red is often the symbol of good luck or happiness. Blue often represents values contrary to those represented by red, such as serenity, water, stability, intuition, wisdom and reliability. In western cultures, particularly in modern times, the colour blue has been commonly associated with masculinity, while red and its variants (including pink) are associated with femininity. The source of these associations is debated; however, they continue the trend of red and blue as conceptual opposites.

In The Red Ogre Who Cried, we can see that the red ogre is a passionate individual seeking the companionship of human beings; while blue ogre is the wise individual who hatched a plan to help the red ogre and was also wise enough to predict the unfavourable outcomes that would be if he were to be seen with the red ogre after the plan is executed. While the qualities of either individual may not necessarily be the direct contrast of red and blue in the context of characters from Shо̄nen anime and manga, the contrast, and the aspect of companionship remain a big part of Shо̄nen as a genre.

In Shо̄nen, it has been customary to have a hotheaded protagonist who is extremely passionate and solves problems through the sheer power of their will. They’re often super agents in the sense that they drive the story forward perpetually, and their development directly influences that of most of the cast. They’re characters like Luffy, Goku, Naruto and Ichigo (to an extent), and a lot of the time their identification as proverbial “red ogres” is as obvious as them being color-coded a certain way. The Dragon Ball franchise’s Vegeta is one of the most recognized characters in fiction, and his arc is one of the most celebrated for the way in which the character evolved over time due to the direct influence of Goku and his friends.

Vegeta is not necessarily calm or collected in the ways that the color blue would have you think; however, he is the main blue ogre to Goku’s red, contrasting Goku’s trusting, good-natured and naïve personality with his cynical, evil (at first) and brooding personality. The two, despite having a love for combat stemming from their Saiyan heritage, are polar opposites in origin, social standing, outlook, and temperament; however, their rivalry enables them to grow beyond anything they ever thought to be possible. The idea that the red and blue ogre are opposites is important because it illustrates a central aspect reflected in The Red Ogre Who Cried – these two completely different personalities actually need each other. Vegeta remains one of the major codifiers of the rival in anime and manga, while not the first example of this trope, Goku and Vegeta’s relationship continues to have widespread influence in the genre.

The intention is by no means to be exhaustive, and some of the most recognizable examples of the trope do not need reintroduction. Goku and Vegeta; and reaching similar levels of influence is Naruto and Sasuke; particularly Sasuke, whose influence is especially prevalent as a character expy; Yusuke Arameshi and Hiei; Ichigo Kurosaki and Uryu Ishida, and many more.

Shо̄yо̄ Hinata and Tobio Kageyama are a brilliant example of this trope in action because the contrast is on various levels. Firstly, they are polar opposites in personality, with Hinata being friendlier than Kageyama and embraces teamwork more easily; while Kageyama’s unfriendliness and lack of cooperation or consideration for his teammates earned him the disparaging epithet “King of the Court”. However, like many other Shо̄nen rivalries, the two also contrast in appearance, albeit a lot more obviously than many other pairs. Hinata is very short for a volleyball player, while Kageyama is tall; Hinata’s brightly coloured hair and eyes contrast Kageyama’s jet-black hair and cool-coloured eyes. This part also lends itself to their names, as “Hinata” in its written form [日向翔陽] contains the Kanji [日] – “hi” for “sun” and [向] – it is often read as “Mukai” but becomes “-nata” in this context, carrying with it the concept of “direction”. “Kageyama”, written [影山], contains [影] – “kage”, meaning “shadow”, and [山] – “yama”, meaning “mountain”. Thus, the contrast between them is that of light and darkness, but with the intention of highlighting the necessity of the existence of one for the other to thrive, hence their development of incredible link-up play and synergy.

Deku and Bakugо̄ – My Hero Academia

These two are in some way a subversion of the trope, but also a reinforcement of it. In most cases, the protagonist would be Bakugо̄, with his hotheadedness, his high levels of self-assuredness and his incredible talent; however, Deku reflects the passionate protagonist element through his desire to become a hero and replicate the selfless acts of his role model, All Might. Bakugо̄ has a similar level of reverence for All Might, and like Deku, his decision to become a pro hero was inspired by All Might. Bakugо̄ experiences a sense of superiority over Deku at first; however, with the development of Deku’s One For All, Bakugо̄ became incredibly frustrated at the rate of Deku’s growth. Eventually, Bakugо̄ finds out about the secret to All For One, but guards it closely, as he firmly respects his role model’s decision, even if he doesn’t quite get it yet.

Like with Deku and Bakugо̄, Black Clover’s Asta and Yuno are contrasted on the basis of potential: in this world filled with magic, Asta is born with no magical potential to speak of, while Yuno is a once-in-a-lifetime talent. Like Goku and Vegeta, their origins are similar, with them being abandoned at the same orphanage on the same day, and they share a birthday. Despite all of these similarities, Asta is incredibly loud, hotheaded and extremely motivated, while Yuno, is much quieter. Yuno’s four-star grimoire also contrasts the ominous 5-star grimoire that Asta comes to possess that is actually not magic, but anti-magic courtesy of the Devil inhabiting his grimoire.

Saitama and Sonic – One Punch Man

Since One Punch Man is in the realm of gags, it doesn’t quite fit here, but it does parody several quintessential Shо̄nen characteristics, including the rivalry between protagonist and deuteragonist. While Genos more closely reflects the proximity of such a character to the main, Speed-o’-Sound Sonic relates to Saitama much like a stock rival character does in Shо̄nen, complete with continuous failing attempts to assert his superiority.

Overall, while the trope is by no means the invention of the Dragon Ball franchise, the relationship between Goku and Vegeta is an influential case that continues to have ripple effects on the execution of the trope in the genre. Jump’s dominance over this part of the industry has also propelled the genre in a certain direction, and the extent to which emerging Shо̄nen titles reinforce the position of the trope within the genre continues to yield interesting references to the past.