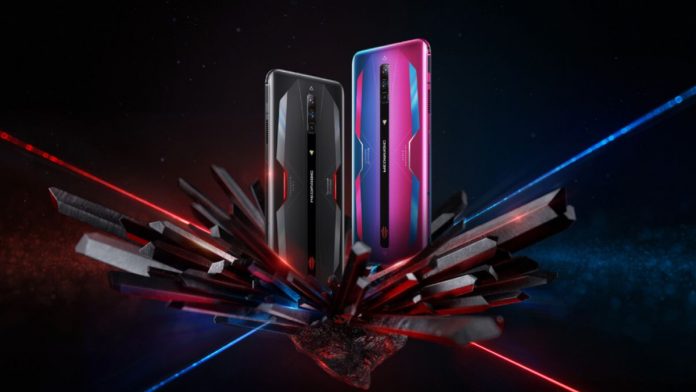 Red Magic 6: This ‘smartphone’, also available in its 6 Pro version, is equipped with up to 16 GB of RAM, a 6.8 “AMOLED screen and a 5,050 mAh battery.The gaming experience has transcended beyond game consoles and computers and has come to mobile phones to stay. These portable and highly versatile devices play, precisely, with an advantage in their favor with which neither televisions nor PCs can compete: the ability to take them anywhere and to be able to enjoy a game where you want most in the most comfortable way . In that sense, the manufacturer Nubia has just launched the Red Magic 6 smartphone on the market, a technological boast at the height of any computer and ideal for getting the most out of your games.

This terminal is equipped with 12 GB of RAM and 128 GB of ROM (although the Red Magic 6 Pro expands its capacity to 16 GB and 256 GB respectively). It is, therefore, a phone that has almost the same memory as a computer to play games, but also offers other equally powerful features: 6.8 ”AMOLED screen and FHD + resolution, 6E and 5G Wi-Fi, battery with fast charge of 5,050 mAh and triple camera (with 64 MP main lens). In addition, on its website there are several savings packs of these gaming mobiles with tempered glass, cooling bases or cables.

Both versions 6 and 6 Pro of Red Magic incorporate a 6.8 ”AMOLED screen and FHD + resolution (2040 x 1080) with a ratio of 20: 9 and 10-bit color depth. Because, in addition to being large, this screen is fast and bright. The manufacturer ensures that it has the “fastest in the world” refresh rate (165 Hz., Although adaptable to 60, 90 and 120 Hz) and an ultra-sensitive touch sampling frequency of up to 500 Hz. For a more fluid gaming experience and sensitive.

The vivid colors and the clarity of the resolution, in addition, will take games to a new level, with visual effects that have little or nothing to envy those of video consoles. And so that nothing bothers the user while playing, this mobile gamer adds anti-stain and ‘Eye Care’ certifications with the aim that the screen remains clear at all times and not to damage the eyes after several hours of play. Buy the Red Magic 6 here for 599 euros.

Anyone who has played with their phone for a long time will have experienced that, sooner or later, the dreaded overheating ends up appearing. This, however, is history thanks to the Red Magic 6, a mobile to play that includes a professional cooling solution: the ICE 6.0. This system, inspired by PC gaming and F1 race cars, explains the brand, combines seven different methods of heat transfer and top-level cooling. To this must be added a dual-core ice sheet, with two fans and semiconductors that improve the entire process. Furthermore, it can be paired via Bluetooth 5.1 to control both the fan and the RGB lights it features.

In order to perform at its best, the smartphone is powered by a Qualcomm Snapdragon 888 processor, with Adreno 660 graphics and the entire set of Snapdragon Elite Gaming technology. LPDDR5 memory –with a maximum speed of up to 6,400 Mbps.– and the UFS 3.1 standard –which guarantees energy savings and increases read capacity– complete the system. The terminal also combines the latest 6E 6 GHz Wi-Fi technology, for speeds of up to 3.6 Gbps. and 5G. Buy the Red Magic 6 Pro here for 699 euros.

The battery is another of the Red Magic’s strengths. With 5,050 mAh capacity it is the “greatest” of “all time.” In addition, each phone comes with a 30W fast charger that can be expanded to another 65W. Thus, the user will be able to play for longer and live a gaming experience similar to that provided by video consoles or computers, since this smartphone incorporates professional triggers and a control center. The sound has also been taken care of: immersive, DTS Ultra X, precisely simulates directional audio for total immersion in the game, series or movie.

And like most mobiles, the Red Magic also has its own triple camera. With 64 Mp main lens. and UHD, 8 MP wide angle. and portrait mode of 2 Mp., the front camera is 8 Mp. Thus, this tool will help you record and capture all the important moments, whether with friends or family.