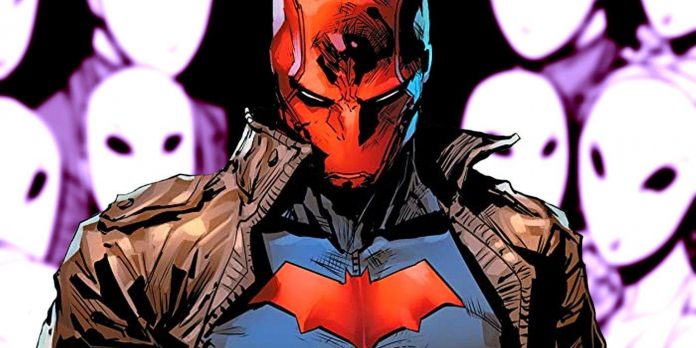 While the first origin of the Red Hood in DC comics is generally seen as far inferior to its modern history, the childhood of the second Robin takes on a completely different meaning when Batman’s Court of Owls intervenes in the mix. Jason’s origin was originally an exact copy of Dick Grayson, and the future Red Hood came from a family of aerialists and spent his young years training in a circus. Later, this origin was changed to a hard life on the streets, which distinguished Jason as his own character, and yet, once the influence of the Court of Owls is taken into account, his resemblance to Grayson takes on a shocking new context.

The entry of the Court of Owls into the Batman canon occurred just over a decade ago, in Batman Vol. 2 #2 by Scott Snyder and Greg Capullo, long after Jason Todd was introduced, retconned and killed by the Joker, as well as before the Red Hood unwittingly came back to life. Given their status as a shadowy behind-the-scenes organization, the notion that they were there long before they were greeted by the public remained quite plausible. This group, which has cult elements, creates superpowered assassins called Claws who carry out its orders, destroying anyone who threatens their vision of Gotham City.

When studying the origin of the Claws, the connection of the Yard with the Hayley Circus and the Grayson and Todd families is revealed. In “Nightwing #8” by Kyle Higgins and Eddie Burrows, it is confirmed that Haley’s Circus has been a training ground for Claws for a long time, and the Court of Owls organized it so that their young candidates would learn the skills necessary to become killers. In Grayson’s case, Nightwing can defeat any enemy and comes from a bloodline that already included Claws, as shown in Batman #7 by Snyder and Capullo. If Jason Todd’s original parentage had remained the same, the resemblance would not have been a coincidence, but rather the result of Jason being the next generation of potential Claw recruits. It also makes sense that it would be advantageous for the Court to arrange the murder of both their parents, leaving orphaned, angry and impressionable young acrobats to be corrupted.

If this Jason Todd origin had remained, the animosity between the Court of Owls and Batman would have become deliciously deeper. In addition to trying to establish themselves as the most important legendary figures in Gotham City, they will surely be outraged that the Caped Crusader stole two promising Claw recruits from under their noses, thwarting the last mission of the Court of Owls. Retcons are a fun way to add knowledge to the superhero universe, but it’s proof that they don’t always need to be done if it’s just a matter of public opinion: a good text always makes up for lost time to put the necessary pieces in their places.

It’s true that a closer examination of the Court of Owls’ plan to use circuses as their personal training grounds for Claws didn’t come in time to preserve Jason Todd’s near-identical parentage with Dick Grayson. However, in the age of the Infinite Frontier, where all the continuities of the past exist somewhere in the multiverse, it is safe to bet that somewhere there is a Jason Todd Claw, whose origin coincides with the legends of the Court of Owls. Let’s hope that fans of the Red Hood will eventually see him— perhaps even as a perverted enemy of the modern antihero.