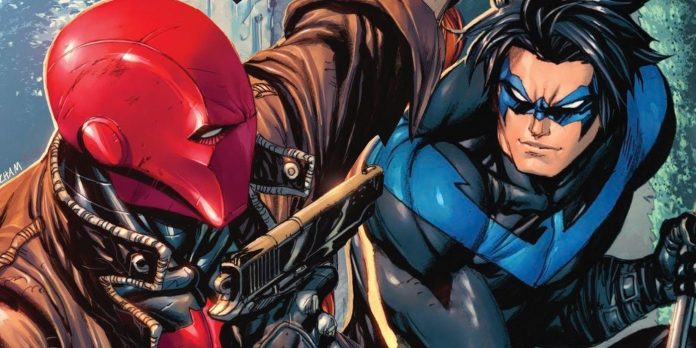 The first two Robins who will train under Batman — Red Hood and Nightwing — are fighting for the soul of Gotham City in the upcoming release of Batman: Beyond the White Knight. The series “The White Knight”, written and illustrated by Sean Murphy, is an exciting deconstruction of knowledge about Batman and very real systemic problems associated with the problem of crime in large metropolitan areas. These books borrowed not only from the eighty-year history of Batman comics, but also films, games and cartoons that began to define the character, and recontextualized them into a smart alternative look at Gotham City. The latest volume, “Batman: Beyond the White Knight,” reimagines the story of “Batman Beyond” for a more adult audience, and also continues the story of Bruce Wayne and his supporting actors, two of whom are about to deliver long brewing blows in the sixth installment.

The universe of the White Knight, informally called the “Murphy Universe”, makes both big and small changes to the Batman chronology, as most fans recognize, and one of the most significant differences is that in this world Jason Todd was the first Robin of Batman. This version of Jason was tortured by the Joker and released only to realize that Batman had already found and started training the next child to become Robin, Dick Grayson. While this sets the stage for Jason’s hostility towards Dick, things get even more complicated by the time they become adults. Although both work in law enforcement, Dick has left his vigilante life behind, and Jason has just started.

Related: Batman of the White Knight Gives Old Man Logan a Run for His Money

In Batman: Beyond the White Knight, Captain Jason Todd makes the choice to release Bruce Wayne from prison twelve years after surrendering for Batman’s crimes, which puts him squarely in the sights of Dick Grayson, the commander of Gotham’s Counterterrorism Unit (GTO).). This version of Dick has turned into a wilfully ignorant tool of the police state, and no matter how many of his former allies try to explain themselves to him, he still refuses to question the tactics of the GTO or the shady dealings of his chief financier, Derek Powers. . Commander Grayson is determined to stamp out vigilantism on the streets of Gotham, even if it means killing his own brother. At Comic-Con in San Diego, DC released three covers and a synopsis of the upcoming Batman: Beyond the White Knight #6.

After many years of rivalry, you have been waiting for a fight for so long… Jason Todd vs. Dick Grayson! Who is the best Robin? Find out this question! In addition, with the help of an unexpected new ally, Bruce Wayne seeks to defeat Derek Powers forever. But won’t the evil millionaire’s newfound powers prove too strong for the former Batman?

Bruce Wayne was trying to fix all the mistakes he made when Dick and Jason were kids. The series contains some of the most heartfelt atonements for failed fatherhood you’ve probably ever seen from a character, but the damage has already been done. Batman knows that he is a bad father and admits that he treated the Robins more like younger brothers than sons, and never really understood their needs as his children, but by that time he had already created two evil unadapted tacticians in his own image. Even the way they deviate from Bruce is alarming: Jason’s unflappable willingness to kill in cold blood, and Dick puts the rule of law above humanity.

Sibling rivalry is a recurring theme in both life and fiction. But there is no such rivalry between siblings as there is between members of the bat family, an expanded contingent of Batman dressed as crime fighters who train under his tutelage. Often starting a career as superheroes like Robins, many of whom are legally adopted and biological children of Bruce Wayne, these are restless children drawn into a violent crusade at a frighteningly early age. Naturally, they compete, especially when they gain their individuality, and no two siblings’ ideologies were more opposed after their time in Batman than Jason Todd, the Red Hood, and Dick Grayson, Nightwing.

The director of the horror film about Winnie the Pooh teases...