Home Entertainment Red Dead Redemption 3 should focus on the early days of Dutch... 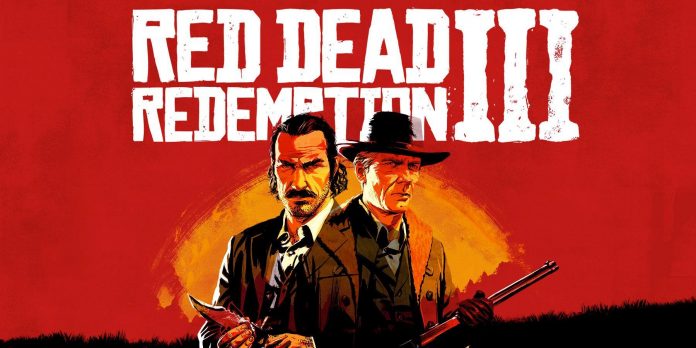 Red Dead Redemption 2 has become one of the most enjoyable and exciting events in games, creating the scene of John Marston’s rise to fame when players learned about the life of Arthur Morgan. The decision to go back in time between games gave fans a unique experience, as they already knew a lot about John Marston, the main character of the previous game, who was only a minor character in Red Dead Redemption 2. So it is quite possible that the next part of the series will continue this trend and turn back time so that players can experience the ascent of the figures of Arthur and John’s father, Dutch and Hosea.

Red Dead Redemption 2 allows fans to plunge into the life of the Van der Linde gang during the fall of the American Wild West. As technology and laws spread across the country, Arthur, Dutch and Hosea tried to get ahead of them and preserve the life they had lived for more than two decades. Thus, players need to understand where the gang started and how Arthur and John were drawn into life in the first place.

The origin of the Van der Linde Gang

In Red Dead Redemption 2, the Van der Linde gang is a group of cool but caring people who try to lie, cheat and steal their way in life by evading the law. However, two leaders, Dutch and Hosea, attract the most attention. Dutch, charismatic, always seems to know what to say and is constantly trying to ensure that the gang brings in money. Hosea, on the other hand, is more level-headed and takes his time when it comes to making decisions. Unfortunately, the players only saw these figures on their last legs.

Placing the next Red Dead Redemption game at a time when both Dutch and Hosea were in their prime would be a great way to let players experience the power and glory of these characters, as well as give them an idea of the origins of the Van der Linde gang. With two potential protagonists, plenty of stories and places the player can visit, and the thrill of the Wild West in its midst, Rockstar Games should think about stepping back in time once again for their next game. Dutch and Hosea would be perfect, as fans already have a connection with them, and watching them end up with the rest of their team can be a pleasant experience.

The height of the Wild West

Both Red Dead Redemption and its prequel were set during the decline of the Wild West and as civilization began to spread across the earth. As a result, players were forced to restrain themselves in order not to attract the attention of the law, but perhaps this was not the case during the heyday of Dutch and Hosea. So giving players control over Dutch or Hosea would be a great way for them to explore an unruly world where freedom reigns and players don’t have to worry too much about the law.

This option gives players the opportunity to commit new robberies, robberies and rivalries, making a name for themselves. With small settlements and fewer opportunities, life may seem tougher, but without the threat of being pursued by a large legal organization, players can plunge into the Wild West without hesitation. The setting will also help players understand why Arthur and John decided to stay in this group for so long.

One of the most exciting storylines in Red Dead Redemption 2 was the rivalry between the O’Driscoll gang and the Van der Linde gang, stemming from the rivalry of the two leaders, Colm O’Driscoll and Dutch. Although little is mentioned in the game other than the fact that the two killed people the other was close to, this created a great storyline for a future prequel. Both gangs are notorious in Red Dead Redemption 2, so it would be interesting to see their humble beginnings and how they became as powerful as they became.

Since Colm once worked alongside Dutch before leaving to form his own gangs, watching their rivalry would be an interesting concept for a prequel. Throughout Red Dead Redemption 2, Colm played only a minor role and rarely appeared on the screen, so his character is still somewhat shrouded in mystery. Thus, the action of Red Dead Redemption 3 at a time when the rivalry between Colm and Dutch was still fresh, would be the perfect way to complete the Van der Linde arch in the Red Dead series.

Red Dead Redemption 2 has been recognized as one of the most popular and successful games in recent times, pushing the boundaries of open world exploration and offering players an interesting and exciting story.

Good News About The New Game From Telltale Games!