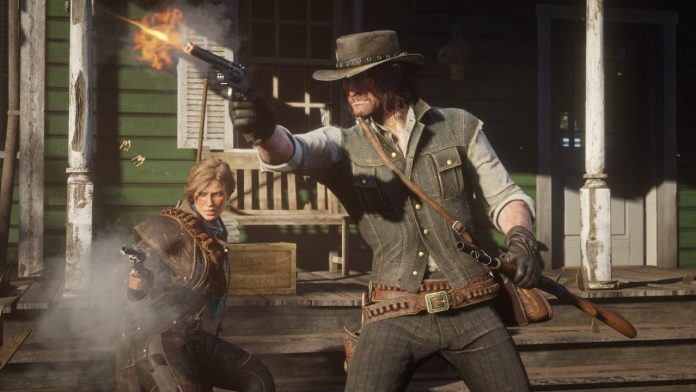 Rockstar Games includes many hidden details in every production, especially the GTA series. These details are waiting to be discovered by the players, sometimes on the maps and sometimes in the story. The last surprise of the famous game developer came from the production of Red Dead Redemption 2.

The popular action-adventure game Red Dead Redemption 2  with a western theme constantly surprises its fans with different details. However, the last detail that emerged is a little different from the others. The frames discovered by a TikTok user aroused great interest from the fans of the production on social media.

There are many details in the game waiting to be discovered.

Red Dead Redemption 2 contains many animations and mechanics that allow players to feel themselves in the world. The production is so big that most fans are still finding hidden details two years after it aired. Some expeditions contain rare animations or small scenes scattered around the map.

There are special details in Red Dead Redemption 2‘s ‘Help A Brother Out’ mission. The detail mentioned by a TikTok account takes place after the main character Arthur knocks the enemy down in a puddle. When the players go to kill the person while in the water, Arthur pushes his head into the water and starts drowning it directly.

Most players will probably not encounter this detail. However, it reveals how realistic Red Dead Reademption 2 is. You can watch the video below:

Detailed animation is not as effective as other hidden details of Red Dead Redemption 2. However, while playing the game, it can naturally add a lot to the players who discover it without seeing it from anywhere. Much of the film’s appeal is its ability to maintain realism and detail in response to action.

Red Dead Redemption 2 has as much detail as possible for players who want to feel the wild west. Fans think that developer Rockstar Games will add a lot of details to their new games, especially with new consoles. The studio has yet to announce anything for its new productions.

What do you think about the details in Red Dead Redemption 2?