Home Entertainment Red Dead Redemption 2 On PC Will Receive DLSS Support During This... 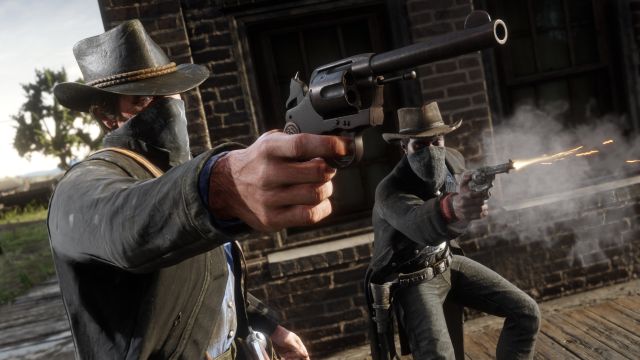 Red Dead Redemption 2 tops the list of PC games that will receive support for NVIDIA DLSS technology within the RTX range in 2021. NVIDIA has confirmed a new wave of titles that will take advantage of the main functions of the RTX range of graphics cards. As part of the Computex 2021 framework, the manufacturer points to Red Dead Redemption 2 and Rainbow Six Siege as the main titles that will receive DLSS support during this 2021.

The RTX range gets stronger

“DLSS increases performance up to 2x and maintains clear and sharp image quality,” the company states in a press release. “Adoption of DLSS technology has been rapid, with support for the Unreal Engine and Unity Engine, numerous proprietary game engines, and more than 50 games.” Among the featured games noted with current support are Cyberpunk 2077, Battlefield V, Control, and Death Stranding. Specifically, the title directed by Hideo Kojima was one of the big surprises on the platform during its launch.

“In Rainbow Six Siege, split-second reactions can make the difference between winning and losing. NVIDIA DLSS ensures maximum performance and image quality so that you always have victory in your sights, “says Anthony De Rochefort, 3D programmer at Ubisoft, responsible for Rainbow Six Siege. On the other hand, other titles have confirmed that they will add both DLSS support and ray tracing. Doom Eternal, The Ascent, Dying: 1983, LEGO Builder’s Journey, and The Persistence will adopt both features soon.

From NVIDIA they also underline the support that Reflex will receive, a set of technologies that optimize the latency of the system in competitive titles and improve the response capacity of the PC. CrossFire HD, Escape from Tarkov, Naraka: Bladepoint and War Thunder are the next games chosen to receive it. They will join a roster that is made up of heavyweights like Call of Duty: Warzone, Fortnite, Apex Legends, Valorant, and Rust, among others.

Loki: the logo anticipates what the series is about, according to...