Home Entertainment Red Dead Redemption 2 Like Never Before: 8K Resolution On An RTX... 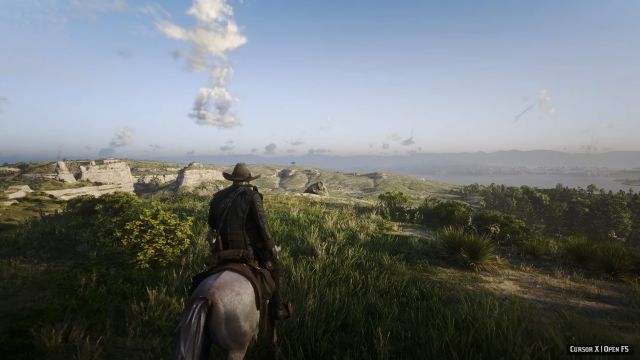 Red Dead Redemption 2: The Rockstar title approaches photorealism with a PC mod where we can see it in more detail than ever. This is what it looks like with Ray Tracing Reshade.Red Dead Redemption 2 is one of the most important video games of the last generation of consoles. The last Rockstar Games title released to date remains silent on a possible next-gen version; however, as we already know, the PC world is a sky without limit. From Digital Dreams, not content with bringing The Witcher 3: Wild Hunt and Grand Theft Auto 5 to 8K resolution, they are now doing the same with the adventure of Arthur Morgan. This is the result under an NVIDIA GeForce RTX 3090 and other mods that bring it closer to photorealism.

Sheet metal and paint: this is what Red Dead Redemption 2 looks like in 8K and Ray Tracing Reshade

In this case, Digital Dreams have used a computer powered by an RTS 3090 at maximum performance with a Ryzen 9 3900 CPU at 4.5 Ghz. Red Dead Redemption 2 in its PC version this time has the Ray Tracing package installed plus ReShade.

The result is obvious from the first moment, with a lighting much higher than what we could see on PC and consoles in its base version, details in the shadows and textures much more faithful to reality or a drawing distance that seems not end up. The incidence of sunlight in the environment has also improved and changes depending on the camera’s perspective. In the video, Digital Drreams also includes a puddle sequence in which ray tracing shows its best results.

Red Dead Redemption 2 is available on Xbox One, PlayStation 4 and PC, backwards compatible on the new generation of consoles, Xbox Series X | S and PlayStation 5 with severe improvements in load times thanks to the SSD memories of the new Sony hardware and Microsoft. The title will receive DLSS support during this year 2021 in its computer version.