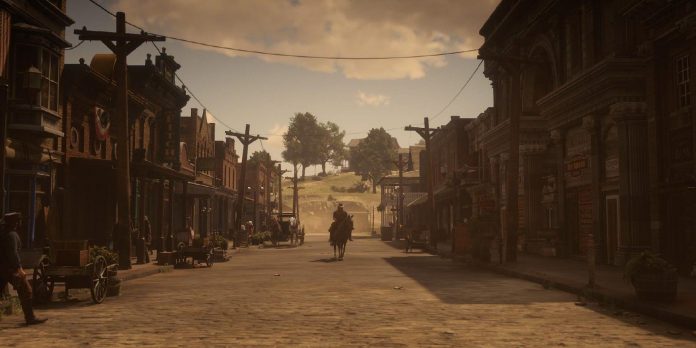 Red Dead Redemption 2 is a huge game that allows players to travel across the vast plains surrounding Valentine and make their way through the vast city of Saint Denis. However, even with all the content that Rockstar has crammed into Red Dead Redemption 2, it seems that some parts of the game have remained on the editing room floor. Earlier, one of the fans believed that they had discovered a cut-out plot from Red Dead Redemption 2, in which there could be another gang competing with the Van Der Linde party.

Now, one YouTuber known as Kush Krox, who has unearthed other pieces of Red Dead Redemption 2’s cut-out content, may have found another quest line removed from the game. Players will most likely find this quest in the epilogue featuring a fisherman named Jeremy Gill. While Arthur can meet Gill, the fisherman instructs the player to catch all the legendary fish of Red Dead Redemption 2, which means that the player will have to go to the areas of the game Blackwater and New Austin, which is possible only in the role of John.

However, according to Kush Krox, the Red Dead Redemption 2 quest associated with Gill initially allowed players to go through all this for Arthur, allowing the criminal to go to Blackwater and New Austin, even if he is wanted there. A newly discovered video shows Arthur meeting with Jeremy Gill and being tasked with collecting fish from Rio Bravo, a place that was virtually inaccessible to the former. In the video, Arthur stands by a lake in New Austin, implying that these areas could be accessible to him.

Usually, if a player tries to access Blackwater as Arthur in Red Dead Redemption 2, he is immediately pursued by law enforcement until he is killed or leaves the area. This makes these areas inaccessible until the player assumes the role of John Marston. However, judging by the cut-out content, it could have happened that the player could have accessed Blackwater and New Austin much earlier.

However, it may also be that Rockstar felt that allowing Arthur to go to these areas to catch some fish could ruin part of the narrative in Red Dead Redemption 2, as it would not make sense for Arthur to suddenly be able to go to Blackwater as a wanted person from the very beginning of the game. Given that the story of Red Dead Redemption 2 is highly regarded among gamers, it’s probably for the best that this content has been stripped down, and the fishing quest has been preserved mainly for John.

Red Dead Redemption 2 is already available on PC, PS4 and Xbox One.

El Rubius Confirms That He Will Appear In The Uncharted Movie...