Home Entertainment Red Dead Redemption 2 Also Triumphs: This Is What Has Sold 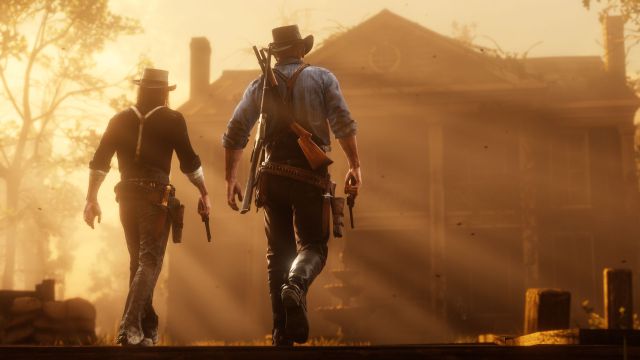 Red Dead Redemption 2: Rockstar Games’ Wild West is far from the numbers of GTA V, but it also takes its share of the cake. Rockstar Games productions continue to make waves in the market. According to the financial report published by Take-Two Interactive, its parent company, Red Dead Redemption 2 has not fared badly, despite the fact that users have complained about the lack of content in Red Dead Online. The sequel to this game set in the Wild West hits 43 million units sold to date.

Based on data provided by the NPD Group, it has been found that Red Dead Redemption 2 has been the second best-selling title in the United States in the last three years. On the other hand, the entire saga has already exceeded 65 million copies distributed to date. At the moment, yes, it has not been confirmed if Rockstar Games will work on a hypothetical new installment. All efforts seem focused on the development of GTA VI.

GTA VI has already been announced

By surprise and through an entry on its official website. Rockstar Games took advantage of the announcement of the release date of Grand Theft Auto V for PS5, Xbox Series X and Xbox Series S to drop the bomb. The developer is immersed in the development of the expected GTA VI, despite the fact that in the statement they did not provide any details about the product itself. Without dates or images, the company announced that players should be attentive to future information updates.

Red Dead Redemption 2 originally came out for PS4 and Xbox One, although they later adapted the product to PC and Google Stadia. The prequel to the original game allows us to enjoy its open world also on the new generation of consoles, through backward compatibility. To date they have not revealed if they are going to make a native version for Xbox Series X, Xbox Series S and PS5.

Why the treatment of Taylor Hale makes “Big Brother 24” unavailable...