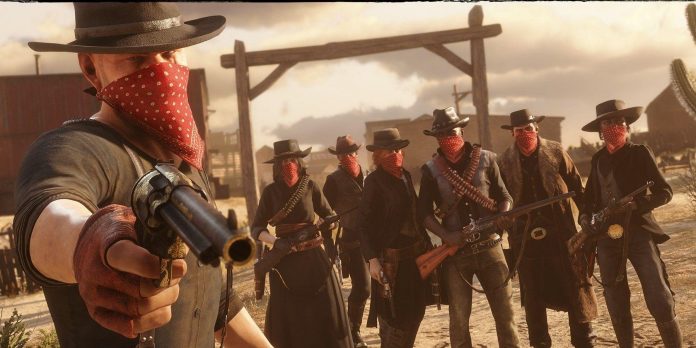 Red Dead Online has released a new update that has added a few new things to the game. This may come as a surprise to players, as it was previously reported that support for Red Dead Online is nearing completion.

Red Dead Online is an online multiplayer component of Red Dead Redemption 2, and many players have used it and played it over the years. Unfortunately, despite the fact that this is a newer game than Grand Theft Auto 5, the Red Dead Online community has stated that, in their opinion, the game has been largely neglected over the years, seeing less new content and fewer updates coming to the title than GTA Online.

Every month Red Dead Online releases an update that slightly updates the game and adds bonuses for completing certain tasks and missions. This particular update actually adds several new Telegram missions for Red Dead Online players. Telegram’s new hardcore missions are “In Bad Faith”, “Strong Medicine” and “Sow and Reap”, which set the player the task of dealing with the Cult of the 7th generation. The game has also added several new locations to the existing Telegram missions, which should help to update the content a little.

New locations also appear in Showdown game modes, and players can join hostile territory in Annesburg, Fort Mercer, Kaliga Hall and Strawberry. Sport of Kings also adds locations Lake Don Julio and Cotorra Springs. While it’s not as exciting as brand new content, for players who frequently revisit these confrontation modes, it should make it a little more interesting.

Rockstar Games has previously stated that Red Dead Online will receive so-called “autopilot” content, but nothing serious in the future. Presumably, these new additions and adjustments are part of the proposed content. While players who frequently complete the aforementioned tasks and missions will probably be happy to see something a little different, unfortunately, this is not the level of content that fans were hoping to get the title to before the Rockstar announcement.

Not so long ago, GTA Online released an update “Criminal Enterprise”, because of which the Red Dead Online community felt even more offended. However, Rockstar Games may be phasing out both games. A message posted by Rockstar thanking everyone who participated in the development of GTA 5 and GTA Online may hint that the company is focusing on GTA 6 and its inevitable online component. At the moment, the future of GTA Online updates is unclear, but Red Dead Online players will most likely not see any further updates beyond that.

Red Dead Online is already available for PC, PS4 and Xbox One.

Magnum PI: CBS decides what we all suspected about the future...