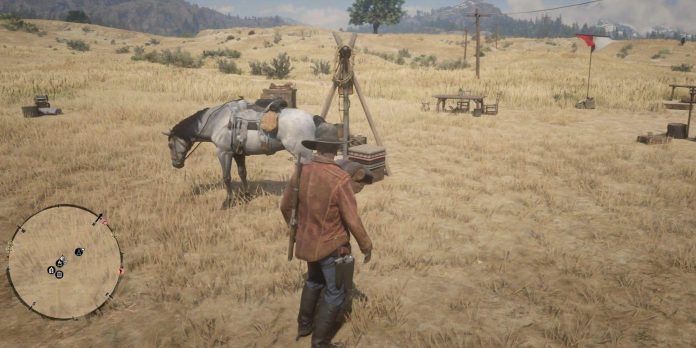 Rockstar Games released Red Dead Online along with Red Dead Redemption 2 back in 2018, and since then the online mode has failed to attract the same audience as Grand Theft Auto Online. Now, many of the remaining Red Dead Online players are upset about the July 2022 update, which doesn’t seem to impress many players who have been waiting for the end of a long content drought.

Starting tomorrow, Red Dead Online players have been waiting for a year to update their online adventure, and many of them are praising the online game due to the lack of content in the July 2022 patch. The last big update to Red Dead Online was last year’s Blood Money, which featured Guido Martelli and several related criminal missions that players could group with each other to complete, as well as a currency called Capitale, which was used for new items. Unlike the Blood Money update, the July 2022 patch does not change much of the online experience and does not add content that players can explore while waiting for the next update.

The creator of the YouTube PVP Cat content has compiled a short list of what Red Dead Online players can expect from the July 2022 update, which consists almost entirely of discounts. Fans will receive discounts on all types of ammunition, weapon belts, role-playing costumes, role-playing horses, holsters, a fast-moving post for their camp, all throwing weapons that can be purchased in the Fence, a variety of clothing options and, finally, all multi-class horses. As with previous updates to the game, players can get free Red Dead Online rewards such as outfits from a tailor to change the look of their cowboy if they lack in-game currency.

Rockstar Games offers additional RDO$ and XP for some challenges, and also gives fans some free goodies, including dynamite, Gravesend bolas, Splint Point rifle cartridges and incendiary buckshot with the July 2022 update. One of the quality of life features added to Red Dead Online with the July 2022 patch is the ability to claim all free items of clothing at once, instead of logging in every week to receive every article at a time. While many fans are expecting updates for the PS5 and Xbox Series X/S, Rockstar Games still doesn’t confirm this, and still leaves existing players with little to do if they’ve explored what the game had to offer over the past year.

Some fans of Red Dead Online are disappointed with Rockstar, given the fact that GTA Online receives regular updates compared to the Western-themed online experience in addition to the expansion featuring Dr. Dre. Given that an average of 5,000 players participate in Red Dead Online at the same time, this number may decrease, given how many players have agreed to hold a funeral for an online game. Although it is currently unclear what will happen next in Red Dead Online, the release for PS5 and Xbox Series X/S may give the community such a boost as GTA Online with RP servers on PC.

Red Dead Online is already available for PC, PS4, Stadia and Xbox One.