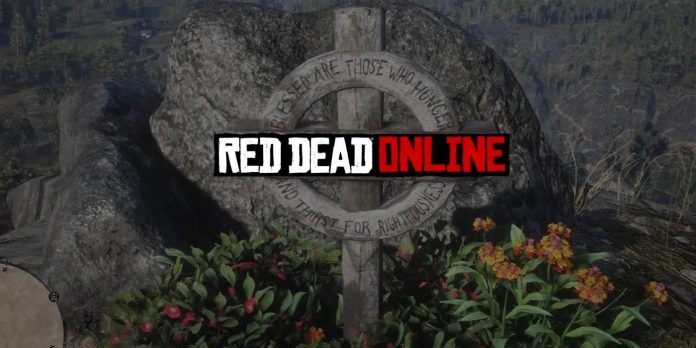 Rockstar Games recently announced the end of Red Dead Online updates, and players are mourning a multiplayer adventure in the Wild West, arranging an in-game funeral. The online component of Red Dead Redemption 2 allows players to create their own character and go to the border of America for a joint and competitive gameplay. Rockstar Games recently announced that it no longer plans to release updates for Red Dead Online, and instead the developer focused on creating Grand Theft Auto 6.
Red Dead Online was a very ambitious project, but it never met the expectations of fans. The multiplayer game gives players the opportunity to explore the vast sandbox of the Wild West, and the game world corresponds to the impressive details presented on the RDR2 map. Red Dead Online also includes a storyline that players can experience where their characters encounter all sorts of criminals and borderland residents. Players can choose different professions, such as bounty hunting or catching animals, which further diversifies the gameplay. Unfortunately, the lack of regular updates means that the online game’s player base quickly began to shrink after its launch in 2019. After the Red Dead Online updates have officially stopped, players can only bemoan the huge potential of the game.
Related: Red Dead Online Fans Plan In-Game Funerals to Mark the Year of Bad Updates
After the announcement by Rockstar Games that no more updates are planned, Red Dead Online players are now arranging an in-game funeral for the multiplayer game. Twitter users organizing and attending these grim events include the social account RDR Red Dead Online Hub, youtuber RealDirtyTyler, and Rockstar Games news contributor SynthPotato. Players are encouraged to gather in cemeteries and drink in the game Red Dead Online after her sad and untimely death. Although the servers will remain active for the foreseeable future, these funerals help to show that the name is, in fact, dead and buried.
Red Dead online. 2019-2022.#RedDeadFuneral pic.twitter.com/jHEuQTFmdd
— Red Dead Online Hub (@RDOHub) July 13, 2022
Today is the day when the community pays tribute to the game that many of us love and would like to get more love from Rockstar. So log in today and have a beer at Valentine’s or at Blackwater Cemetery. #RedDeadFuneral #RedDeadOnline pic.twitter.com/izTf3IQ5NS
— Dirty Tyler (@RealDirtyTyler) July 13, 2022
I had to personally attend #RedDeadFuneral, RIP. pic.twitter.com/UAvPVi2Ktr
— Synth Potato (Amir) 🥔 (@SynthPotato) July 13, 2022
Although Red Dead Online could potentially be revived in the future, some fans believe that Red Dead Redemption 3 without multiplayer would be better. While Rockstar has created intense and impressive single-player plots in Grand Theft Auto 5 and Red Dead Redemption 2, the network components of both games have been criticized. Rockstar has also focused on supporting GTA Online for almost a decade, rather than adding new DLC for single player GTA 5 or RDR2. With the early death of Red Dead Online, perhaps the developer will be motivated to support his single-player campaigns more in the future.
Red Dead Online has created a truly immersive Wild West multiplayer experience, but, unfortunately, Rockstar Games did not provide the game with proper support. Now that updates are ending in favor of the development of Grand Theft Auto 6, players are mourning the game and lamenting its wasted potential. The next time a player rides the digital hills of Red Dead Online, he should not forget to pour one for a joint cowboy adventure.

Which men kissed Gabby and Rachel for the first time at...