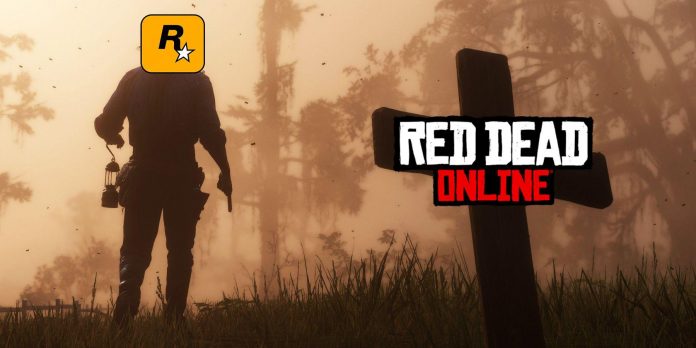 Rockstar Games recently unveiled a community update discussing the futures of Grand Theft Auto Online and Red Dead Online, but it was a bittersweet development for some fans, with the studio announcing that major updates for the latter will no longer happen while GTA 6 is being developed. While GTA Online players may not blink twice at news of additional content for their franchise of choice, Red Dead Online players have come to expect next to nothing from Rockstar, and Rockstar has delivered. After thoroughly outlining a series of improvements, additions, and changes that Grand Theft Auto Online will see in the coming months, Rockstar dedicated a few paragraphs to informing Red Dead Online players that it will no longer be seeing any significant updates, effectively bringing it to a close.

Red Dead Online initially released in 2018 as Red Dead Redemption 2’s multiplayer mode, its equivalent to Grand Theft Auto Online. In late 2020, Red Dead Online received its own standalone edition for a discounted price for those who were only interested in the multiplayer rather than paying more for the entirety of Red Dead Redemption 2. This standalone release so long after the game’s launch mirrored Rockstar’s strategy for Grand Theft Auto Online, and presumably indicated enough demand for the product to warrant its own edition. However, in the years since its initial release, Red Dead Online has received relatively little support from its developers, which has taken its toll.

In its most recent community update, Rockstar Games thanked Red Dead Online’s players for their continued support, a sentiment that seems hollow when considered alongside the rest of the announcement. Rockstar stated that it is moving away from the larger, themed updates that have been the standard thus far in Red Dead Online. In their place, Rockstar will now focus on less substantial events and minor updates while shifting the majority of their attention elsewhere. This will come as a disappointment to many, as expansions to Red Dead Online rivaling GTA’s heists have long been among the community’s most fervent wishes for the game, and would’ve gone a long way towards keeping it alive. Given its updated engine and classic setting, Red Dead Online had the potential to provide incredible set-pieces as engaging as the most bombastic content in Grand Theft Auto Online. Unfortunately, it seems that potential won’t be realized for the foreseeable future.

Rockstar justified its abandonment of Red Dead Online as a part of its broader shifting of resources towards the development of Grand Theft Auto 6. This only serves to highlight Red Dead Online’s low priority, as can be seen in the same community update. The beginning of the update describes how GTA Online will be receiving gameplay updates and improvements based on community feedback, in addition to new content in the coming months. In contrast, Red Dead Online wasn’t receiving much attention from Rockstar even before its death was made official. Recently, the lack of support has grated on players so much that they planned to hold funerals in Red Dead Online in protest of Rockstar’s treatment of the game.

These issues of lackluster support for Red Dead Online have plagued the game since its release. Grand Theft Auto Online has benefitted from consistent, significant content updates for its entire lifespan. The game admittedly benefits from being five years older, and therefore having more time to accrue content, but its support has never been contingent upon the development of other Rockstar titles. Red Dead Redemption 2 was in development since before Grand Theft Auto 5 released, which seemingly didn’t diminish the support of GTA Online the same way Grand Theft Auto 6’s development is doing to Red Dead Online. Red Dead Online’s updates have been as consistent as its counterpart’s, but it has never had as solid a foundation, and hasn’t come close to the scope and fantasy of Grand Theft Auto Online at its best. This disparity between Red Dead Online and GTA Online has been apparent for years, but they’ve never had an explicit statement from Rockstar to confirm it until now.

At the launch of Red Dead Online, expectations were high due to the longevity and grandeur of GTA Online and the overwhelming praise for the single-player of Red Dead Redemption 2. Unfortunately, Red Dead Online wasn’t nearly as deep as its single player counterpart, and the expectations of many were far from met. Rockstar set the bar high with RDR2, and espoused their ambitions for its multiplayer early on, but much of its potential was never realized. As time passed, communication between the developers and their player base sparsely improved, leaving fans continuously wondering how and when the state of the game would change, all the while being able to funnel money into the game via microtransactions.

Unfulfilled ambition isn’t an inherently terrible offense, but stringing fans along on hope of improvement in light of other games’ support is a betrayal of trust and good will. Rockstar pretending to care about Red Dead Online as much as Grand Theft Auto Online was a source of hope that it would one day be as expansive as its predecessor, which now appears to be impossible. The developers at Rockstar certainly have more than enough work to contend with, and expecting another fully-realized live service game on par with GTA Online is perhaps unreasonable, but releasing a multiplayer mode for Red Dead Redemption 2 almost as an afterthought and leaving it to fester is both unbecoming and unfair.

In this final message to its players, Rockstar outlined what they can expect from them as Red Dead Online becomes even less of a priority. There will be occasional events, quality of life improvements, and some updates to existing modes and missions. These additions were announced with very few, vague details, which doesn’t inspire confidence. Take-Two evidently doesn’t understand Red Dead players’ complaints, or they aren’t having any impact. With the game being shelved such as it is, players’ expectations are lower than ever, but at least knowing for certain the amount of effort being expended by Rockstar is a refreshing change of pace.

Grand Theft Auto will likely always be Rockstar’s priority, at least when it comes to multiplayer games. With the GTA IV and Red Dead Redemption remasters presumably resuming development once Grand Theft Auto 6 is finished, it will be quite some time before Red Dead fans get another multiplayer experience. Hopefully, when that time comes, Rockstar will properly communicate with players and provide the next iteration of Red Dead Online – presumably in RDR3 – the dedication it deserves.