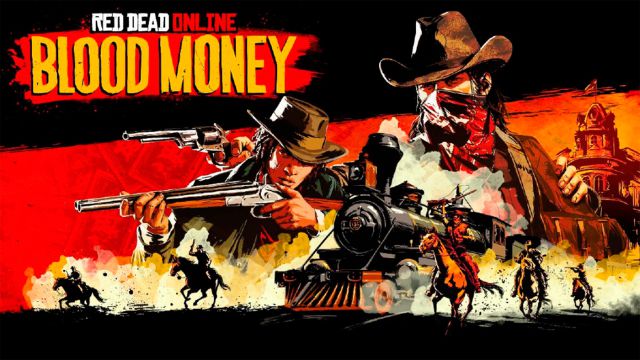 Red Dead Online Blood Money: Red Dead Redemption 2 multiplayer receives a major update with many new features with new missions, items, Battle Pass and more. Red Dead Online, the multiplayer side of Red Dead Redemption 2, receives its new Blood Money update, a new batch of content focused on the criminal underworld of the West with new types of missions, objects, discounts and the so-called Quick Draw Club, itself title battle pass, among many other new features, leading to one of the game’s biggest updates since its launch.

“To begin your criminal adventures, head to the well-kept streets of the west of Saint Denis, introduce yourself to Guido Martelli (right hand of the infamous mafia boss Angelo Bronte) and you can start to take care of the crimes and opportunities that arise”, we can read in the Rockstar Games official description. And it is that the new types of missions Crimes allow us to obtain more rewards from the victims and the hidden chests, in addition to raiding farms and camps, either alone or in a group.

On the other hand, the so-called Opportunities missions will follow the Martelli plot, offered by Guido through different amounts of money. The peculiarity of these types of missions is that they offer great freedom to carry them out, so that each new attempt will be different from the previous one. Additionally, items from previous Outlaw Passes return over the next several weeks and months.

Although one of the biggest novelties is the so-called Quick Draw Club, the new battle pass of the game that will be offered through the following months with up to 25 levels per pass with a price of 25 gold bars, with the possibility of recovering the investment at the end if all levels are completed. All to win numerous special items

The Big Bang Theory: where is the cast of the comedy...