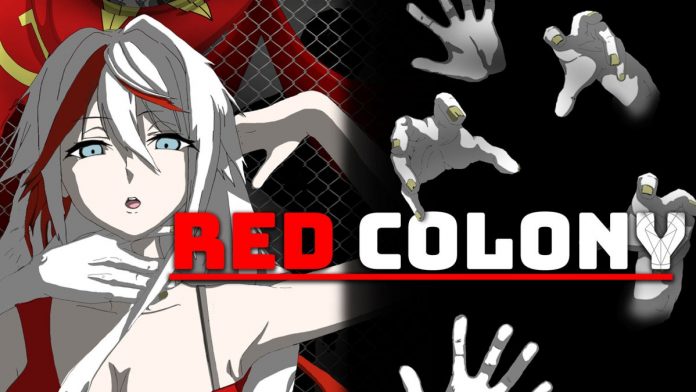 The new game from the Japanese-Spanish publisher Shinyuden arrives globally on Switch and soon on PC. After releasing the remarkable and fun Crazy BMX World for Nintendo Switch, publisher Shinyuden has released a new game on a global scale: Red Colony, which is now available on Nintendo Switch at the launch price of € 6.29 and later will come to PC. It is an action adventure for adults, set in a space colony where a series of experiments has unleashed a zombie invasion, forcing its protagonist to launch out on a desperate mission.

The protagonist, Maria, is the CEO of the laboratory in the colony, an organization focused on producing key scientific advances for the improvement of life in the place. Her life was in perfect harmony, happily married to the mayor of the commune, James, and mother of a girl named Diana. But that happiness comes to an end when a mad scientist’s experiments with the population’s DNA unleashes a zombie apocalypse, unleashing a bloody fight for survival and to find her lost daughter before it’s too late.

With fragments of 2D action and a visual novel, we will learn gruesome details that have gone unnoticed in the apparently idyllic life of the colony as we fight through holes of zombies and solve puzzles with which to advance towards our objective. The title is the solo creation of the developer based in Tokyo @RuneShiStorm, his second work after crazy Metroidvania KnifeBoy, in which you can already appreciate the extravagance and taste for the grotesque of the author, macerated with spicy elements that give his games look truly unique.

It is the last known game in the portfolio of Shinyuden, the publisher and producer based in Tokyo but of Spanish blood through its manager and founded by Luis García Navarro, author of the books “Dialogues with Masters of the Japanese Video Game” published by Héroes de Papel and that will soon be a trilogy with the launch of an expected third part that will include interviews with characters such as Hideki Kamiya, Yuji Horii or Yoshinori Kitase, among other leading names.