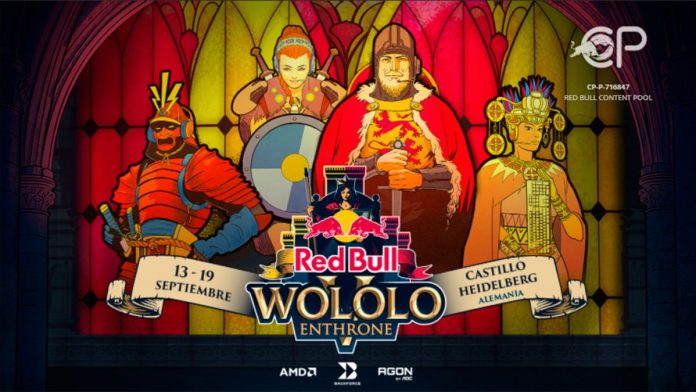 Red Bull Wololo V Enthrone: The fifth edition of the Red Bull tournament comes to an end this Sunday with the Age of Empires II finals from Heidelberg Castle in Germany. This weekend the finals of the fifth edition of the Red Bull Wololo tournament are held with the video game Age of Empires II as the main protagonist. So much so that this Sunday, September 19, Red Bull will broadcast the Red Bull Wololo V Enthrone semifinals and grand final from the incomparable setting of Heidelberg Castle in Germany, live and in Spanish through the official RedBullEs channel. Twitch.

“Nacho AoE and Mario Ovalle, two Age of Empires experts who accumulate more than half a million followers between them, will be in charge of casting and analyzing all the games. The winner of Red Bull Wololo V Enthrone will win $ 26,000 and the world title of this edition ”, reports Red Bull through its official channels.

And it is that the best players in the world of Age of Empires II have been battling all this week to win a place in the quarterfinals that will take place tomorrow, Saturday, September 18. The four best players of the tournament will come out of these quarter-finals and will go on to the finals on Sunday, with the semifinals and the grand final. Red Bull will broadcast both the semifinals and the grand final on Sunday, live and in Spanish through its Twitch Spain channel.

“Red Bull Wololo V Enthrone has sponsors that make it possible for the event to rise to the top. Agon by AOC provides the best screens to see the fights at the highest quality, while AMD provides the technology necessary for the games to enjoy the highest possible performance, ”reports Red Bull on the companies that have supported the event as official sponsors.