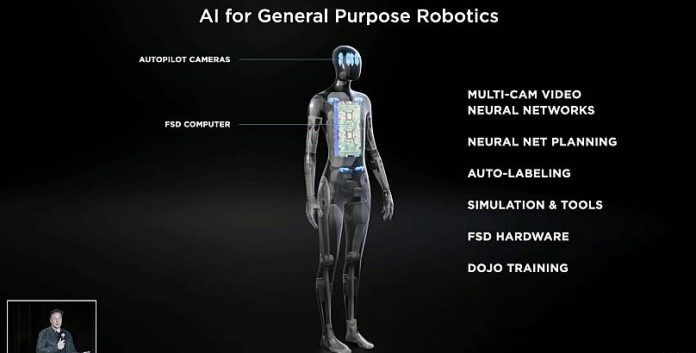 Elon Musk’s company introduced its humanoid robot called Tesla Bot last week, and now the company is starting to recruit. Tesla Bot, which is 172 cm tall and weighs 56 kilograms, looks like a human with two five-fingered hands and two legs. The robot, which has a screen on its face, perceives basic commands thanks to it.

The electric car maker is now committed to making more than just cars. CEO Musk explained that they designed the robot to do simple daily tasks that people don’t want to do. For example, going to the grocery store, buying bread, going shopping are among the tasks of the robot.

The California-based company set out to make the Tesla Bot, which it recently introduced, a new tool for artificial intelligence technology. With this goal in mind, the company began hiring robotics experts to build a humanoid robot.

The recruits will develop a working prototype of the Tesla Bot, which does not yet exist. Musk said that Tesla aims to reveal a prototype next year.

Elon Musk stated that they were already doing this while explaining the logic behind the Tesla Bot design. In other words, he argued that Tesla is already making most of the components needed to develop a humanoid robot equipped with artificial intelligence.

For example, the company has a computer vision system for self-driving cars. Things like Tesla’s battery system and sensor suite are also suitable for use on the robot. But it is clear that it needs much more.