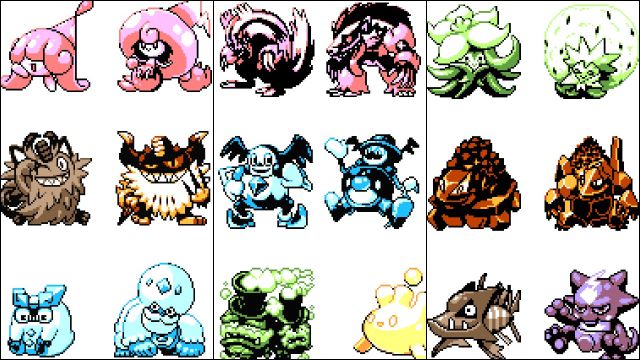 Pat Ackerman recreates all the creatures with the color palette from Pokémon Yellow (1998). The result is obvious to the eye. We take a look.

Pat Ackerman is an illustrator artist specializing in pixelart and, it seems, also has a certain devotion to Pokémon. His Twitter account has been the chosen showcase to publicize his new work, a one-to-one recreation of the creatures of the Galar region, the Generation VIII Pokémon that we have seen in Pokémon Sword and Shield (2019, Nintendo Switch), in true Game Boy style.

Specifically, he explains that he has used the Pokémon Yellow (1998, Game Boy) color palette to design the sprites for each species; he also includes many of the Gigamax versions of the species with this altered form. The result, for now, is more than 1,700 “likes” on said social network. A really careful and respectful tribute to the work of Game Frekak.

This February 27 is a very special day for the Pokémon saga. It was said day, in 1996, when the editions of Pokémon Red and Green for Game Boy were published in Japan; the origin of everything. It is, therefore, a date to take into account in the calendar, especially when The Pokémon Company itself anticipated at the end of 2020 that this course was going to be “very special” for the license.

We know that New Pokémon Snap is on the way for Nintendo Switch, specifically April 30, but what else will we have for this year? Will it be the year of Pokémon Sleep and Detective Pikachu? Both are already announced, but we don’t know anything. Hopefully we will have updates for Pokémon GO and Pokémon Masters; maybe even some unexpected spin off.

What fans demand, although there is not enough information or evidence that we have been able to reliably contrast, is a remake of Pokémon Diamond and Pearl, Generation IV in Sinnoh, which would be the next remakes considering that the last ones were those of Hoenn (Generation III) on Nintendo 3DS back in 2014. This 2021 is the 15th anniversary of Pearl and Diamond, will we return to Sinnoh in 2021? It is still too early to tell.

FIFA 21: When will the TOTY come out in Ultimate Team