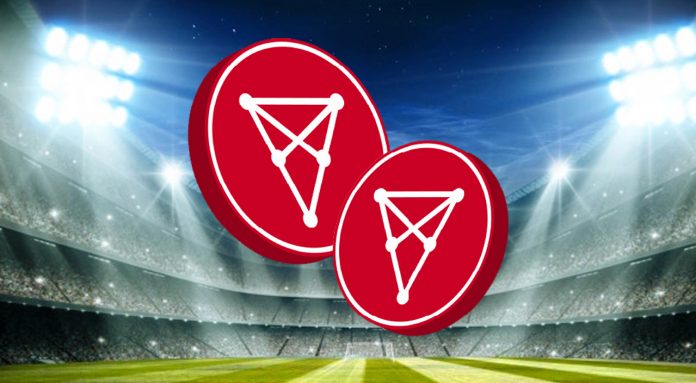 Chiliz (CHZ) cryptocurrency, which is increasing in value every day, has refreshed the record. With a market capitalization of sixty percent, its total value reached $ 1 billion.

Launched in 2018, Chiliz is a sports and entertainment based blockchain network. It is intended for large clubs to interact with their fans and thus generate revenue.

Chiliz value increased by 760% in one month

In one month, Chiliz’s price increased by 760% from $ 0.022 to $ 0.189. This indicates that it reached an all-time high. At the same time, the transaction volume of CHZ increased significantly to exceed 1.92 billion dollars. Increasing its market value to sixty percent, the altcoin increased its total value to over $ 1 billion.

Chiliz experienced this rapid rise when he began selling ACM Fan Tokens for AC Milan on February 24th. The blockchain, which partnered with Binance for this, brought in $ 6 million in revenue to the CHZ ecosystem. On March 2, Alexandre Dreyfus, CEO of Socios company, announced that the project would allocate $ 50 million to expand US operations. Finally, they mentioned that they have plans to start working with local leagues as well, and managed to provide an additional increase for CHZ prices.

The Chiliz (CHZ) altcoin system includes many of the world’s most popular sports clubs. These include teams such as Barcelona, ​​Juventus, PSG, Galatasaray, AS Roma and Atletico de Madrid. It is not known how far the fan-focused cryptocurrency will rise in this direction. What are your comments on this subject? You can share your ideas with us.