Home Entertainment Reckless: Ed Brubaker And Sean Philips, A Couple In A State Of... 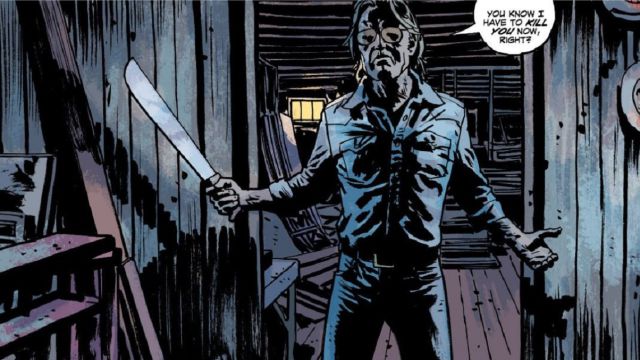 Reckless: The pandemic has allowed the duo to get out of the slavery of the staple and capture another magnificent story directly in graphic novel format. Ed Brubaker himself tells that he lived his childhood surrounded by the books of his father, a compulsive reader capable of enjoying Nobokov, Chandler or Ludlum in the same way as with the pulp magazines of detectives and spies. For years he dreamed of bringing this ideal to comics, but the dictatorship of publishers that forces a production rhythm that conditions the narrative made it impossible to turn the illusion into reality. The monthly staple format with 20 pages and a cliffhanger to close broke the literary rhythm that the stories demanded.

The pandemic arrived and where the others saw a problem, Ed found an opportunity to offer something different to the public while making one of his great wishes come true: to bring to life in the comic one of his characters that he had read so many times in the movies. parent’s pages. He was born Reckless, a problem solver who was beyond the rules and abides by a strict personal code.

The first big decision that Brubaker and Philips made about their character was the chosen format, it would come out directly in a graphic novel and that had two important consequences for the structure of the comic. The first is that the narrative rhythm is no longer conditioned by the episodic format, which makes it easier to adjust the speed of the story to the needs of the author, being able to lengthen certain scenes without fear of running out of space. The other consequence is temporality. While the staple format makes it possible to connect with the reader periodically and not very extensively over time, the graphic novel has the handicap of prolonging this relationship over time and this entails the risk of a disconnection with the work. The solution the creative couple came up with was to significantly shorten this time and publish three 144-page volumes a year. A huge effort that forces them to double the production that they would normally do for a regular series.

Chicago Fire: The new role of Yuri Sardarov in the famous...

The Lord of the Rings: Elijah Wood Doesn’t Approve of The...