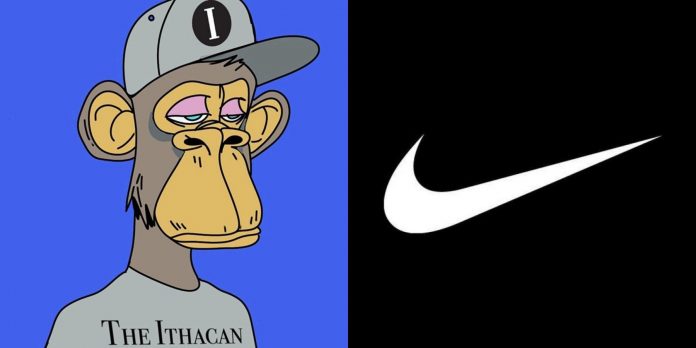 It looks like Nike could be the next company to deal not only with NFT, but also with video games. Despite the fact that NFTs in video games have caused some resistance, it seems that the sportswear company believes that branded NFTs have a future in the industry. It should be noted that NFT sales have reportedly plummeted, but many are still clearly interested in the future.

Earlier this week, the “world’s first NFT console” was announced with a planned release date in 2024. Nike doesn’t seem to be planning something as grand as another new console, but it seems to be hoping its name will be attached to NFT and the video game world.

A new patent application from a sportswear company shows that Nike may be moving in a new direction for the firm, but it will still remain in the comfort zone. This application talks about a new type of system for integrating NFT into video games, and it looks like Nike will do this by including some of its branded sneakers in games. This whole plan hints at the ability of players who are so inclined to buy special branded NFT in the form of Nike shoes for their video game characters.

Although these are still early phases and this patent was filed very recently, it’s hard to know exactly how it will work. It’s also unclear if Nike has a plan or a deal with one of the big companies to use these NFTs. However, given Nike’s reach, it’s not hard to imagine that such deals won’t take long.

At first glance, it might seem that these shoe NFTs in games like the FIFA and Madden franchises will almost certainly be a lock. NBA 2K will also be an important place for these products. The question is whether they will be something more than collectibles, or will be related to the enhancement of the abilities of the players who buy them and use them in the game.

The timing of this patent application filing is also somewhat interesting, given that recent research shows that NFT sales have plummeted. Despite these studies, it seems that Nike is not stopping at the moment and believes that there is a market for their brand.