Home Tech How to receive emergency aid without a bank account? Get to know... 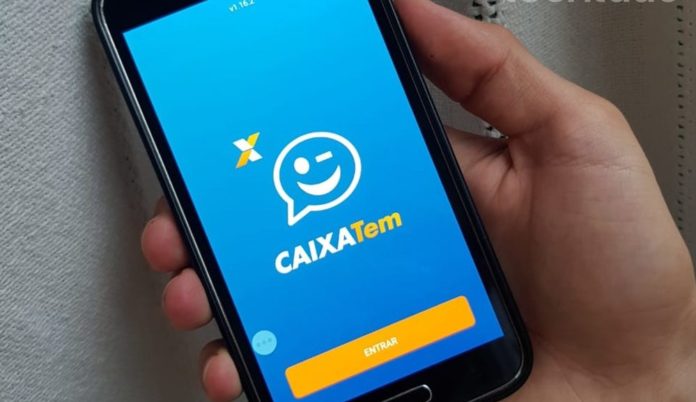 CAIXA Tem is a Caixa application for low-income people and beneficiaries of government social programs. Available for Android, it can be used to operate Digital Social Savings, which is automatically opened for receiving Emergency Aid. As of this Tuesday (14), registrants in the Cadastro Único who do not have an account with Caixa or Banco do Brasil will be able to handle the R $ 600 of the “coronavoucher”, according to the calendar announced by the government.

Other CAIXA Tem functions allow you to consult the FGTS balance, see the NIS number (Social Identification Number), in addition to other resources associated with Bolsa Família, unemployment insurance, PIS and more. The options are displayed on the main screen, which has a messaging application interface, such as WhatsApp. When you tap on one of the options, the program starts a conversation with a robot, which is able to answer several questions.

1. Emergency aid
CAIXA Tem allows you to operate the Digital Social Savings open for receiving Emergency Aid, also known as a “coronavoucher” – see here how to register for the benefit. The account is one of the possibilities for receiving the aid, intended for those who do not have a bank account when registering for the benefit.

People who were already part of the Cadastro Único and had an account with Caixa or Banco do Brasil started receiving the aid last Thursday (9). Whoever is in CadÚnico but does not have an account with one of the banks mentioned starts to receive the payment of the first installment this week, on days separated by months of birth, between Tuesday (14) and Friday (17).

Those who had their digital account opened at Caixa because of emergency aid are entitled to bank transfers (of the TED or DOC type) for free to change the money in the account “coronavoucher” (see how to do this in the next item on the list). It is also possible to use the aid to pay bills directly through CAIXA Tem. Withdrawal from Caixa branches, however, will only be available from the 27th.

2. Transfer money
CAIXA Tem also allows you to transfer money between accounts. The application chat shows a balloon with the alternatives: “Agency / Account” and “Read QR Code”. When selecting one of them, the app shows the banks available to carry out the financial transaction. The maximum amount to transfer money through the app is R $ 250.

3. FGTS
Consult the balance of FGTS (Time Guarantee Fund) is also possible with CAIXA Tem. The app allows you to check if there is any value available and if it is possible to withdraw it. In this part, it is necessary to inform the NIS number and a receipt will be issued.

It is worth remembering that, in the last week, the Federal Government adopted MP 946, which releases an immediate withdrawal from the FGTS of up to R $ 1,045 per worker, starting on June 15th. Caixa Econômica Federal will also disclose the complete calendar and criteria for withdrawal.

4. Bolsa Família
In the item that contains data from Bolsa Família, the user can check information on registration, receipt and eventual problems with the benefit. By touching the desired option, it is possible to ask questions about “Who is entitled to receive the benefit?”, “How do I apply for the Bolsa Família Card?” and other frequently asked questions.

5. NIS
Consulting the NIS (Social Identification Number) number is also one of CAIXA Tem’s functions. When accessing the option, the app shows an image with all the data related to the registration. You can share it via other apps or by email.

6. Extract
Customers with a Caixa account can also check their statements through CAIXA Tem. In the “Statement” option, the user has access to all financial transactions that the account made in the previous months and in the last 30 days. It is also possible to check future transactions that are scheduled.

7. Pay bills
The CAIXA Tem app also allows you to pay bills. The customer can read the barcode with the camera or enter the numeric code manually. In this resource, the limit of R $ 250 for handling is also applied.

8. Receive money
In addition to payments, Caixa users can also receive money via QR Code from other people and control it through the CAIXA Tem app. When entering the option in question, the payer must scan the QR code with the cell phone for the transfer to be made.

9. Unemployment insurance
Another useful feature of the CAIXA Tem app is to consult unemployment insurance data. Usability follows the same pattern as all other options, and as with any other transaction involving financial transactions, it is necessary to be a customer of Caixa and make a simple verification of your cell phone.

Will It Compete With WhatsApp: Twitter Acquires Messaging App Sphere