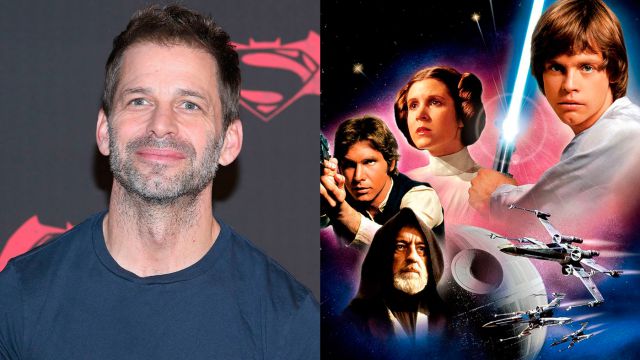 Rebel Moon: The famous director of Zack Snyder’s Justice League or Army of the Dead presents his next science fiction film project for Netflix. Rebel Moon is the new film project of Zack Snyder, the famous director of films such as Zack Snyder’s Justice League, 300, Batman v Superman or, more recently, Army of the dead. It is an idea created years ago by Snyder himself for the Star Wars saga that never prospered; and is that the purchase of Lucasfilm and the galactic franchise by Disney truncated several future projects for Star Wars. Now, Zack Snyder confirms with Netflix that Rebel Moon will be a science fiction film that will start filming at the beginning of 2022.

From Star Wars to film after discarding the series

And it is that the idea of ​​Rebel Moon has gone through several phases since its first sketches, going from being a discarded project for Star Wars to a possible science fiction series; Finally, it will be a new feature film for Netflix that for now does not include a release date but could well be released at the end of 2022 if production starts in a few months as is now planned.

Rebel Moon tells the story of a peaceful colony located on the edge of the galaxy that sees its existence threatened by the troops of the tyrant Belisarius. The inhabitants of this colony will trust a mysterious woman to gather a group of warriors that can face the invading army. At the moment there is no information about the possible distribution of it.

Zack Snyder trust a good part of the creative team of Army of the Dead, since both projects were started more or less together; thus, Snyder co-writes the script with Shay Hatten and Kurt Johnstad. According to Snyder himself about Rebel Moon “I grew up being a fan of Akira Kurosawa and Star Wars. It comes from my love of science fiction and great adventures. I hope it becomes a gigantic intellectual property and a universe that we can build, ”the filmmaker told The Hollywood Reporter.

Halo Infinite: How to Sign Up for Halo Insider for a...