Home Sport The reasons why Arturo Vidal could leave for Inter 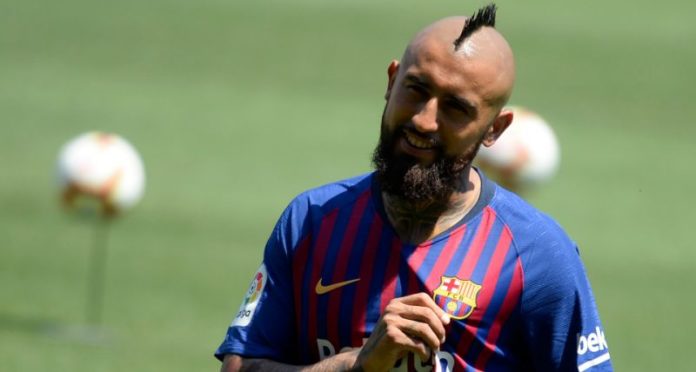 When Arturo Vidal decided to leave Bayern Munich, there was much talk about his destiny. Juventus rang loudly, however Barcelona bid with more desire to keep his pass.

A risky move for the Chilean, who is not a projection player, so the Catalan team is used to later have future sales, and was questioned that he did not have the “culé gene”. This, since the King is characterized by its strong game and verticality.

From then on, the one born in San Joaquin had to fight against the criticism of the press and the fans. But his great contribution to the squad that Ernesto Valverde trains made him win the hearts of Barcelona fans.

That is why they declared him immovable in the summer pass market, giving a gesture (supposedly) that would give it greater prominence. However none of this happened, and the Chilean is still part of the DT rotations.

Situation that has nothing like the midfielder. Moreover, he declared that he is not “happy” in the current season. And with three goals under his arm, he has plenty of reasons to ask for a starting shirt. Something that Valverde has not taken in much consideration, so Vidal would take exit routes.

Inter Milan is one of the teams that has made more strength to have the Chilean King in their ranks and the arrival of Antonio Conte would facilitate his arrival.

For Vidal, Serie A is a symbol of glory, since with Juve he won everything, and it was Conte who managed to get the best out of him, giving advice on how to profile the goal and contribute with goals. A relationship of love between the two where, at the moment, whenever they can, they praise each other.

Arturo Vidal said that Conte was one of the most important in his career. Thus, returning with him would ensure a title that the King has been looking for quite some time.

Reasons why Barcelona could see one of its most strenuous players leave, and controversial at the same time.

Tiger Woods has made his opinion of St Andrews very clear