Home Celebrity THE REASON WHY ASHLEY TISDALE DID NOT LIKE ANYTHING TO KISS ZAC... 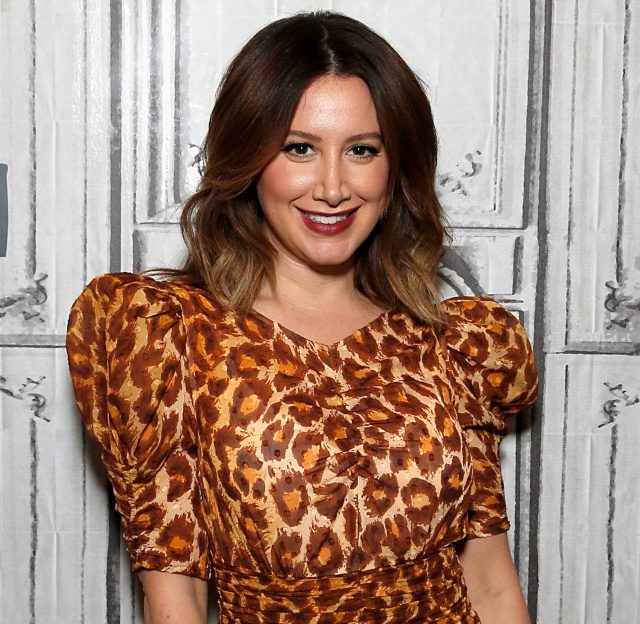 Who has not tried to imitate the movements of Sharpay Evans while he had High School Musical on screen? Yes, Ashley Tisdale has starred in much of our musical sessions, although she did very well accompanied.

Zac Efron also became one of the most dreamed faces by teenagers and, although new generations arrive who supplant the roles of the protagonists of this mythical musical saga, he, Tisdale and Hudgens, among others, will continue to flood our memories.

Although, what are we going to fool ourselves for, Efron not only conquered our ears, but also our hearts. But not everyone was dying to reduce distances with this requested idol. Ashley did not do anything funny when she had to plant a kiss in a well-known Disney production. “I had to kiss Zac Efron at Hotel Dulce Hotel in Zack and Cody and it was the worst because I am very close to him and he is like a brother. At that time, he was used to acting in Warner Bros, which is The CW, and we were on the Disney Channel, “says Ashley in an interview with Elle.

“So he tried to kiss me with his tongue and I was like ‘Get away from me!’. I closed my mouth very fast. I was like ‘This is Disney Channel. We don’t kiss like that on Disney Channel.’ It’s weird when you’re very close to someone. “We already made a movie [High School Musical], and I knew it from years ago. That’s why it was the worst. We got along very well,” he concluded.

Although Zac was not the only Disney face that was strictly linked to our protagonist. We also saw it on screen, and a lot, along with the famous Sprouse twins, who played the roles of Zack and Cody in the series mentioned in previous lines. With them he also established a beautiful friendship that he still has, although he has already chosen a favorite.

When asked which of the two would take her to a desert island for three weeks, she replied with the following words: “You know, they are both like little brothers. Do you know who answers me all the time? Dylan Sprouse. He is the one who he answers me. Cole, sometimes in silence, so I take Dylan. That for ignoring me, Cole, “he said with a laugh. Come on, there is no doubt that it is “Zack” who has won his heart.

And you, what would you give to return to your Disney Channel, Zack, Cody, Sharpay Evans and Troy Bolton sessions?