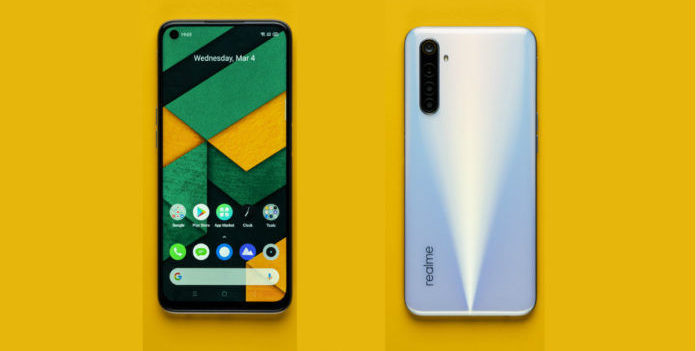 Realme 6i, the new smartphone that China-based technology manufacturer Realme will introduce in the coming days, has appeared in Geekbench with another 5G phone that belongs to the company.

Realme, which is also a company serving in our country, continues to work for Realme 6i, a new middle class smartphone. The smartphone, which has been on the agenda with many different claims in the past days, has appeared on Geekbench, which is a comparison platform this time with another smartphone that supports 5G but is not yet known.

Realme 6i, listed in the Geekbench list with the model number ‘RMX 2040’, was previously seen in the FCC with the same model number. According to this list, the device gets its power from the MediaTek Helio G80 chipset, while also incorporating 4 GB of RAM and using the latest Android 10 operating system. As for the benchmark scores, Realme 6i managed to score 345 in the single-core performance test and 1293 in the multi-core test.

Realme is preparing to announce a 5G powered budget phone:
If we come to the second device listed with the model number ‘Realme RMX 2063’, neither the name nor the promotional date of this phone is known yet. On the other hand, the smartphone, which is known to use the Qualcomm Snapdragon chipset with 5G features, uses the Android 10 operating system with 8 GB of RAM. If we need to mention the core performance of this device, we can say that it gets 570 points from the single-core performance test and 1683 points from the multi-core performance tests.

We do not yet know when Realme will introduce this 5G powered device that appeared in Geekbench, but let us remind you that the company recently introduced the first 5G device, Realme X50 Pro 5G. At this point, we will continue to inform you in case of any developments on the subject.

For the introduction of Samsung Galaxy A52 and A72