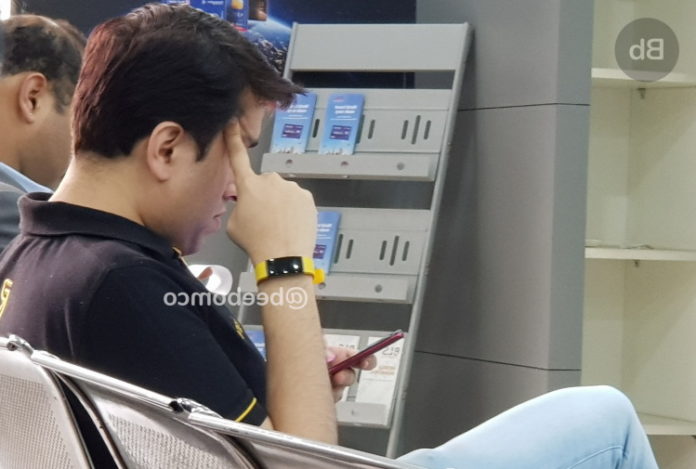 The fitness wristband that the company plans to introduce next month was displayed for the first time.

Realme announced that it would release a fitness bracelet months ago. Finally, Realme CEO Madhav Sheth announced that the bracelet will be released next month, even if it does not give a clear date. Realme’s fitness wristband was vividly visualized shortly before the introduction of the device.

Beebom recently viewed Realme CEO Madhav Sheth at the Spanish Visa office in New Delhi. Sheth’s arm had Realme fitness wristband, as you can see in the picture below. The photo reveals the curved screen of the fitness bracelet, one of the biggest mysteries about the new device to date.

The screen of the Realme fitness bracelet was off when photographed. So it is not known whether the bracelet will have a color AMOLED screen. The design of the Realme fitness bracelet resembles Honor Band or Fitbit Inspire. The strap of the device does not wrap around the screen like the Mi Band. Instead, it looks like a wristwatch attached to the top and bottom of the screen.

Details of the wristband’s features and software have not yet been revealed. Realme is expected to compete against ambitious devices such as Honor Band 5 and Xiaomi Mi Band 4 with its fitness bracelet. The name of Turkey’s entry into the market more often we hear the start of the Realm, not only with affordable smartphone will also come forward with wearable technology products.