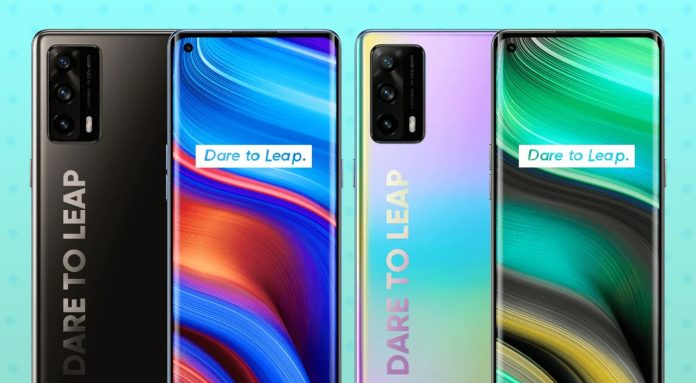 Chinese technology company Realme launched its new device called X7 Pro Ultra today. The phone, which was broadcast silently, was presented to the consumer with its outstanding features such as Dimensity 1000+ chipset and triple camera setup.

The X7 Pro Ultra model was launched as the continuation of the X7 Pro, which was released in September last year. The new model, also known as Pro Extreme Edition, has improved its features in many respects compared to the old version. But interestingly, it reduced its features by restricting its hardware at some points.

The X7 Pro Ultra model, which comes with a 6.55-inch AMOLED display, has a stylish design with curved edges. Offering a full HD + screen resolution, the phone promises a refresh rate of 90 Hz. For those who do not remember, this rate was 120 Hz on the X7 Pro. A similar restriction appeared in the camera module.

The quad camera setup of the X7 Pro has been reduced to a triple camera in the Realme X7 Pro Ultra model. The phone, which came with a 64 Megapixel main camera, was supported by an 8 Megapixel ultra wide angle lens and a 2 Megapixel macro camera. A 32 Megapixel selfie camera has been added to the front. However, the Dimensity 1000+ chipset used in the old version was not abandoned in this device.

The Realme X7 Pro Ultra model, which is currently available only in China, is sold in two different configurations. For now, the prices of phones that are not known when they will arrive in other countries are as follows: