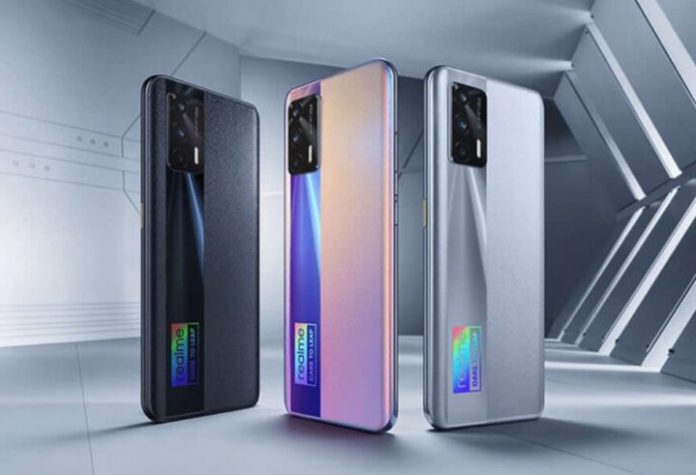 Realme X7 Max 5G has finally been officially revealed after weeks of sharing. Realme X7 Max, which has the same design and features as the GT Neo sold in China, has MediaTek’s Dimensity 1200 processor at its heart. In the triple rear camera system, the 64 megapixel resolution sensor is the main camera.

The refresh rate of the 6.43-inch screen of the smartphone is 120 Hz. The hole in the upper left corner of the screen hosts a 16-megapixel front camera. The Dragontrail glass-covered screen also houses the phone’s fingerprint scanner.

The phone, which has Dolby Atmos audio support and a headphone jack, has a 64-megapixel Sony IMX682 sensor. An 8-megapixel ultra-wide-angle camera and a 2-megapixel macro camera complete the system.

MediaTek’s Dimensity 1200 processor is accompanied by 8 or 12 GB of RAM. The internal storage capacity of the phone is 128 and 256 GB. The smartphone comes out of the box with Android 11 and Realme UI user interface. Realme also promises to deliver the Android 12 update to users as soon as possible.

The phone provides the energy it needs with a battery with a capacity of 45000 mAh. This battery will come with 50W SuperDart fast charging support.

Realme X7 Max 5G is available in three color options, black, silver and gradient. The smartphone will launch in India on June 4 for Rs 26,999.

A man in Norway leaked naked to school distance education

Resident Evil RE: Verse, Village can be multiplayer