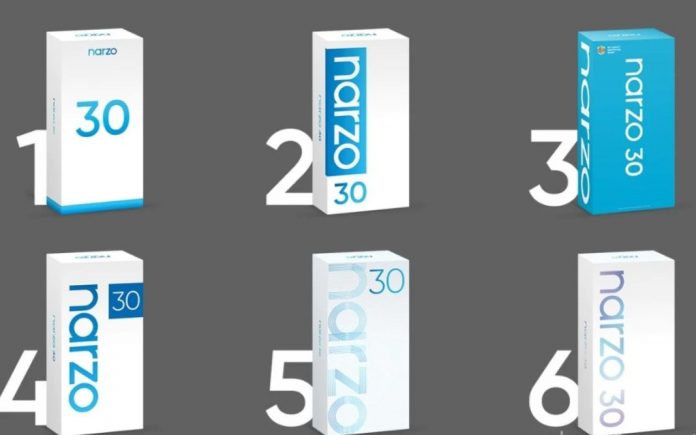 The Realme Narzo 30 series will officially appear in the coming weeks. While the wait for the introduction continues, new leaks continue to be added to the series. In the newest of these, it is stated that Realme will release game accessories simultaneously with the Narzo 30 series.

The photo showing a gaming mouse with the Narzo logo, a mousetrap, and a device resembling a weather controller started surfing the Internet. The mouse’s design is the same as the Logitech G502 Hero, suggesting that there may be a collaboration between the two companies. Behind the air controller is a trigger mechanism similar to that of the Oculus Quest 2.

No date has yet been announced for the introduction of the Realme Narzo 30 series. However, it can be easily said that this date is not very far. The Narzo 30 Pro was recently spotted in TENAA’s database.

It is known that the Narzo 30 Pro will have a 6.5-inch screen. 4880 mAh battery, 5G support and Android 11 operating system are also among the features of the phone. Whether the Narzo 30 series will feature a gaming experience specific to the game is currently unknown.

Acer Nitro 5 vs Dell G3: compare the specs of gaming...