Home Entertainment Realme Watch 2: Features Of The Version Of The Chinese Smart Watch 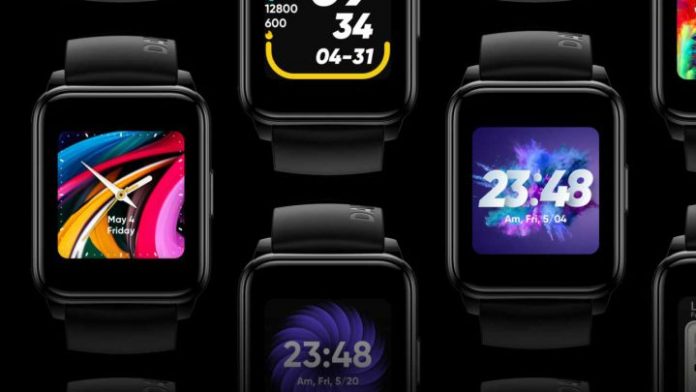 Realme Watch 2: is one of the newcomers to the market and has shown great speed of adaptation and manufacture. It has caught up with the largest in terms of mobile phones, but it is also working hard to gain a foothold in other segments. One of those segments is that of smart watches and now we already have the new Realme Watch 2 on the market.

This is the Realme Watch 2

Smart watches are an almost essential item for many. The Apple Watch opened the can of these devices showing the world that a digital watch could offer more than the time, a stopwatch and a compass to give a few examples. Now, many brands follow in his wake, partly acquiring the design that has given so much to talk about. Now it’s time to talk about one of the options of the Chinese firm Realme, which is none other than the Realme Watch 2.

The device has a square casing that houses a 1.4-inch LCD touchscreen. It has a single button on the right side and on its back it has a sensor that has different functions such as the now classic heart rate sensor, sleep monitoring and blood oxygen measurement.

What stands out the most about the Realme Watch 2 are its functions. Among its customization part it has up to 100 interchangeable digital spheres, but it is not the only thing it offers. In its system it has no less than 90 sports to choose from, including water sports for which it will show off its IP68 resistance to water and dust. It also has other interesting uses such as call support, camera shutter or music control.

The other important point of the watch is autonomy. It will seem little compared to smartphones, but the new Realme watch has 160 mAh inside, which for a device of these capacities translates into about 12 days of continuous use. To charge it you will need its magnetic support that is hooked on the back of the device.

The Chinese firm Realme already has its Realme Watch 2 present, which will take a while to reach our country. According to the company, it will cost about 55 euros to change, an affordable price for a device with these characteristics.