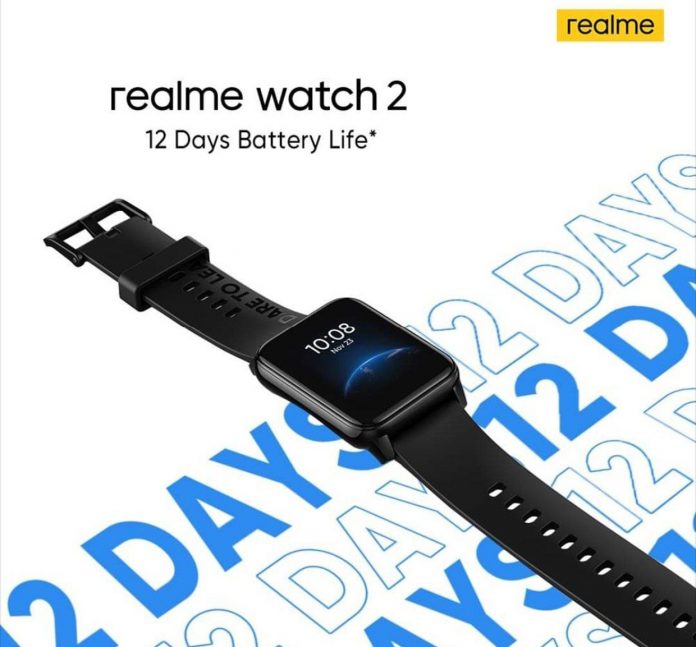 Realme Watch 2 herald. The Chinese smartphone manufacturer is looking to gain an important place in the affordable smartwatch market. The brand, which appeared with its first smart watch realme Watch last year, gave the good news of Realme Watch 2 and Watch 2 Pro at the beginning of the year. Realme Watch 2, which has not been heard for a long time, has also been announced.

In January 2021, the FCC certification of the smart watch was revealed. After a long time, the Realme Watch 2 launch date has leaked. According to this leak, Realme Watch 2 will be introduced in Malaysia on April 30th.

Apart from the launch date, different surprises were also included in the leak. Accordingly, realme may also introduce the Buds Q2 model of in-ear wireless headphones at the launch of its new smart watch. Again, the brand’s realme Tech Backpack V2, which is protected against theft, will also appear in this launch.

Many features of Realme Watch 2 have been revealed with the FCC certificate. However, it is useful to remember these features and review the newly emerging features.

The smart watch will have a plastic body structure. The touch screen placed on this body is 1.4 inches in size. There was a TFT LCD panel for the brand display.

The brand, which is ambitious in the battery side, comes with a 305 mAh battery. Realme claims that this battery offers 12 days of use to the smart watch.

Realme Watch 2 is IP68 waterproof as expected. This certification points to dust-proof and full protection against immersion in water.

Some details have also been revealed for the Buds Q2, the brand’s new in-ear wireless headset. Accordingly, the wireless headset will come with 88ms Super Low Latency, that is, super low latency. Again, the headset has a total usage time of 20 hours.

Xiaomi Mi Note 10 Lite Appear on the Horizon with Some...