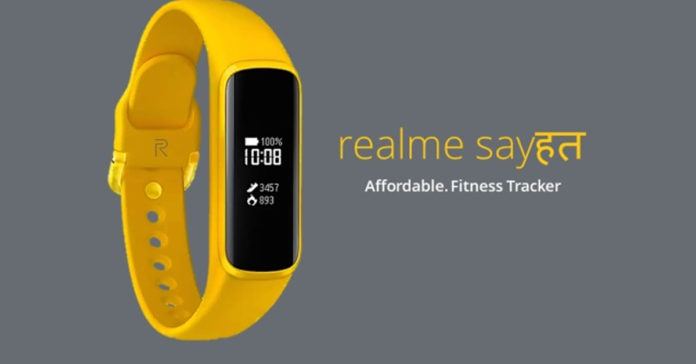 Realme, one of the rising technology manufacturers of recent times, shared the promotion date of Realme Band, which is rival to Xiaomi Mi Band. The sharing made by the CEO of the company also revealed the design of the smart wristband.

Not only is the Chinese company not only promoting the smartphone, but it also gave some information about other new generation products that will be released in the coming days.

The most striking among these products was the bracelet called Realme Band, which will rival Xiaomi’s Mi Band. A post shared by the company’s CEO Madhav Sheth on his Twitter account revealed the design and launch date of the new bracelet. This smart wristband, in which yellow and black colors are at the forefront, will be introduced on March 5, 2020, which is not far away.

Realme Band will arrive on March 5, 2020:
If you look at the shared image, Realme Band provides everything expected from a smart wristband in terms of design, and it contains some information about the clock, pedometer, battery percentage and the phone to which it is connected. At this point, the price of smart wristband will be the most important factor in competing with Mi Band. We need to wait another week to find out about the price and all the other details.

The Chinese company that wants to expand its product range; It plans to address 3 different product categories: personal, home and travel. Among them, the personal product category; Wireless headphones, headphones with active noise canceling technology, smart watches and smart wristbands.

The home products that the company plans to introduce in the coming days include smart televisions, smart speakers, smart scales and robot vacuum cleaners. Although the promotion date of these products is not yet known, the second quarter of 2020 is pointed to be the closest date for promotion.