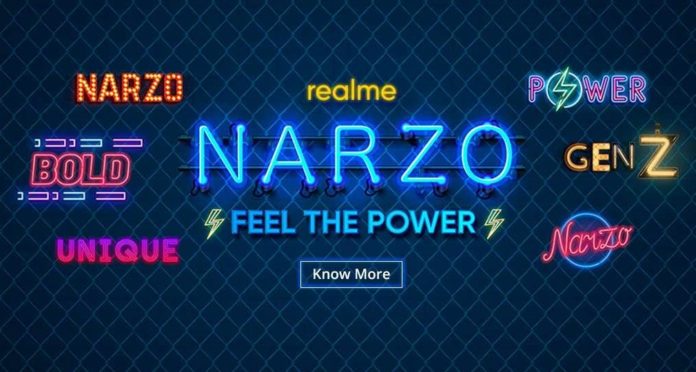 Details of the mysterious “Narzo” device that Realme announced on Twitter a while ago have been revealed. According to information leaked by sources close to Realme, the company will present Narzo to the taste of young consumers as a smartphone series.

Realme, a Chinese technology manufacturer, mentioned a product called “Narzo” with a statement made on Twitter. However, the company did not make a detailed statement about this product. Now, the information revealed has revealed that Realme’s Narzo product is actually a new smartphone series. Realme will target young consumers in India in the first place with Narzo series.

Information from sources close to Realme reveals that the company will rival price / performance-oriented brands such as Narzo and Redmi and Poco. Moreover, it is stated that Realme’s new phones are ready and will be offered to the consumers as soon as possible. So, a very serious competition will begin between Realme and Xiaomi in a very short time.

The image above has been leaked by sources close to Realme. The shades used in this image clearly indicate that the brand will target young people. In addition, the phrase “GEN Z” in the image, which refers to the Z generation, does not escape attention. Unfortunately, there is no other detail about Realme’s upcoming Narzo series.