Home Tech Realme Q3i Introduced With A Price Of $ 150! 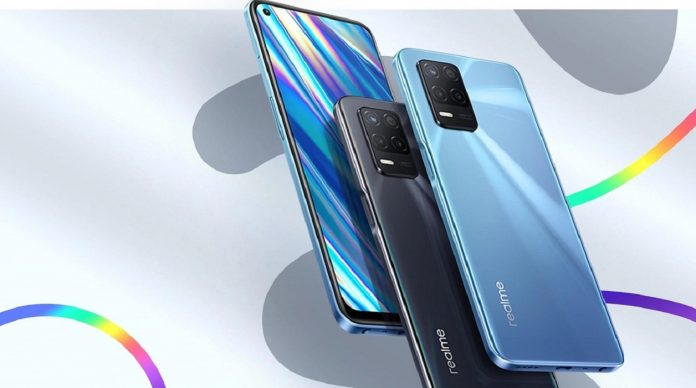 Realme Q3i introduced. Realme has now announced its entry-level phone after mid-range models. The Realme Q3i, which comes as the most affordable model of the Q3 series, was introduced with stylish design and satisfying features.

Realme Q3i, powered by MediaTek’s Dimensity 700 chipset; It stands out with its 5G support and its 5,000 mAh battery. The device, which intimidates its competitors with its price, has a cost of only 150 dollars.

In Realme Q3i; It has a 6.5 inch LCD screen that supports 90Hz refresh rate. Supporting brightness up to 600 nits, this screen also has a sampling rate of 180Hz. This allows the device to be more fluid when playing games.

This phone with a light and thin structure; It comes in 8.5 mm thickness and 185 grams in weight. On the battery side, the Realme Q3i is quite ambitious. Equipped with 18W fast charging and a 5,000 mAh battery, this phone can last up to 22 days according to the company’s promises. It is also claimed to play movies and TV series for up to 21 hours without interruption.

On the camera side, behind the Realme Q3i; It has a 48 Megapixel main camera. Also this; It also supports 2 Megapixel macro and 2 Megapixel depth sensor. On the front is a 16 Megapixel selfie camera with artificial intelligence.

In terms of storage, Realme includes 4 GB and 6 GB RAM options in this entry-level model. This phone, which has two versions; It will be sold as 4 + 128 GB and 6 + 128 GB. As software, the device comes out of the box with RealmeUI2.0 based on Android 11 directly.

Realme Q3i, which comes as the most suitable model of the series, has two color options, gray and blue. The pricing of the device is as follows;