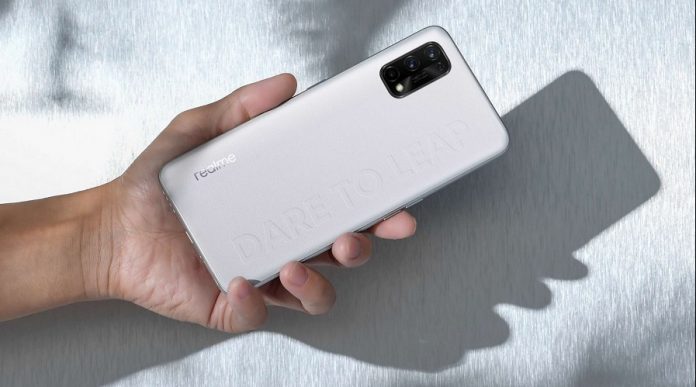 Realme Q3 series will be officially revealed on April 22. It has been seen before that the Q3 Pro will come with three rear cameras and a bright rear panel. Now, details about the standard version of Realme Q3 have emerged.

Realme shared an image showing the back panel of the Q3. The image in question features three rear cameras and Realme’s “Dare to Leap” slogan. The back panel color of the phone, which looks like a rainbow from certain angles thanks to the holographic coating, is called “Psychic Silver” by Realme.

The camera island seems to have a four-sensor system at first. However, it appears that one of the holes here is empty and says AI on it. Looking at the size of the lenses, it is seen that the depth sensor or macro camera accompanies the main and ultra wide angle cameras. It is necessary to say that the phone is very similar to Realme V13 5G in terms of design.

The Realme Q series has not made it outside of China so far. However, it will not be a surprise to see Realme Q3 or Q3 Pro under a different name in other regions.