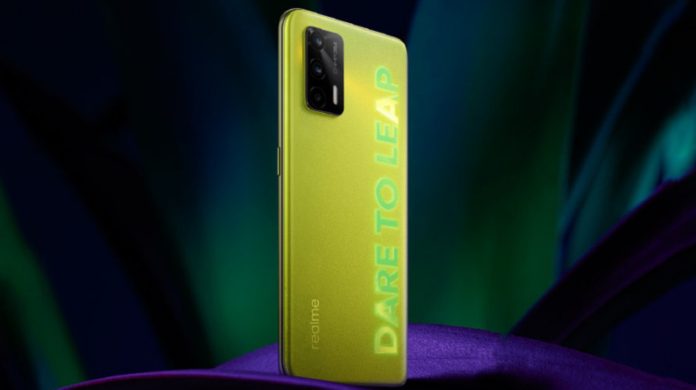 Realme’s new Q3 series will be powered by MediaTek’s Dimensity 1100 chipset. This processor will have similar features with the Snapdragon 870 in terms of performance.

Powered by Realme’s Dimensity 1100, the new Q3 series will be satisfactory in performance. This processor, which comes as a competitor to Qualcomm’s Snapdragon 870 processor, shows this in the Geekbench tests. Because MediaTek’s chipset slightly outpaces Qualcomm’s processor in the multi-core test.

Realme Q3 Pro, seen in Geekbench after the announcement date, appeared on this platform with single and multi-core results. Accordingly, Realme’s new smartphone; It scores 856 in the single core test, and 3.588 points in the multi-core test. Especially from these results, the multiple test score beats the Snapdragon 870 in terms of performance.

Realme Q3 Pro as a technical feature; It will come with a 6.43-inch AMOLED display with FHD + resolution. In addition, the device will have a 120Hz refresh rate, which promises a good experience in games and normal browsing. More importantly, this smartphone from Realme will be supported by an on-screen fingerprint sensor, which is rare in its segment.

On the battery side, the Realme Q3 Pro will feature a 4,500 mAh battery that supports 50W fast charging. However, sources claim that the charging adapter that will come out of the box will be 65W.

Realme’s new Q3 series will come in a very different structure in terms of design. The Chinese manufacturer will include fluorescent material in a smartphone for the first time. In this way, the Q3 and Realme Q3 Pro models will give the user a pleasant appearance at night with the light they store. In addition to the fluorescent body behind these phones; It is worth mentioning that there will also be the phrase “Dare To Leap”.

Realme GT Neo 2 introduced! Here is the price and features