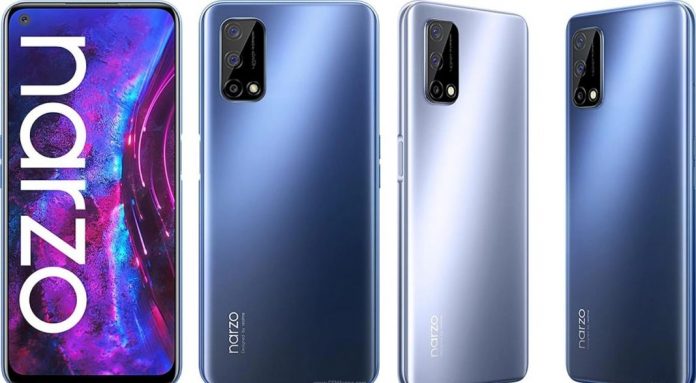 The focus of Narzo 30 Pro is gameplay, camera quality and fast connectivity. The most striking feature of the Narzo 30A, which is defined as an affordable option, is that it has a large 6000 mAh battery.

The phone’s 6.5-inch screen offers Full HD + resolution. The refresh rate of the screen is 120 Hz, as we mentioned before. The touch sampling rate of 180 Hz stands out as an important point for the gaming experience. The maximum brightness level of the LCD panel is 600 nits.

realme narzo 30 pro 48 megapixel sensor is the main camera in the smartphone. Complementing this sensor is an 8-megapixel ultra-wide-angle camera and a 2-megapixel macro camera. On the front of the phone is a 16-megapixel camera. The front camera also has a special mode called Super Nightscape to support night selfies.

Realme Narzo 30 Pro provides the energy it needs with a 5000 mAh battery. When this battery is fully discharged for 25 minutes, the charge rate increases to 50 percent. 65 minutes are required for a full charge. Here, the 30W charger adapter that comes with the phone is used. 15W USB Power Delivery support is also available on the phone.

Narzo 30A takes the stage as an affordable model of the series. The most striking feature of the smartphone, as mentioned above, is that it has a 6000 mAh battery. When the Narzo 30A’s battery is fully charged, it is possible to watch uninterrupted YouTube videos for 27 hours by phone.

Realme Narzo 30 Pro will be released on March 4 in silver and black color options. The price tag of the 6 GB version of the phone will write 16999 rupees. The 8 GB version will be sold for 19999 rupees.