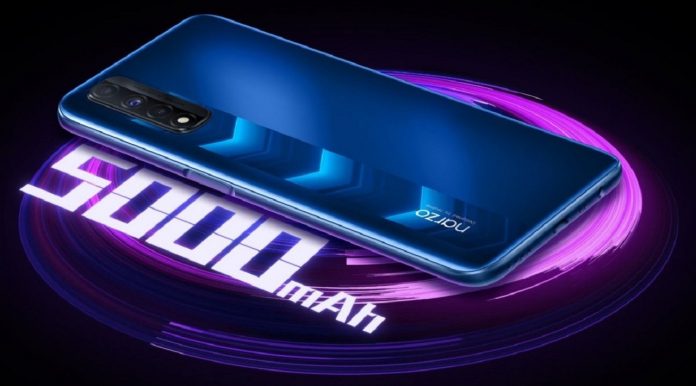 Realme Narzo 30, which has been on the agenda with its leaks for a few months, has been officially introduced with its affordable price and mid-level features.

Realme’s new budget-friendly smartphone Realme Narzo 30; It comes with a 6.2 inch Full HD + display that supports 90Hz refresh rate, while also offering 580 nits of brightness. On the other hand, this screen, which has a perforated design, also includes the selfie camera.

The Chinese manufacturer constantly includes different designs on its smartphones. Realme Narzo 30, which has a stylish body, uses Chevron stripes on the back, inspired by racing cars, as seen in the photos.

As the processor, the device gets its power from the MediaTek Helio G95 chipset. This chipset, which has eight cores, offers speeds up to 2.05 GHz per hour. On the other hand, Realme in Realme Narzo 30; It has 6 GB of RAM and 128 GB of internal memory. In addition, the device supports microSD card input.

As for battery features, in Realme Narzo 30; It has a USB-C port and a 5,000 mAh battery with 30W support. According to the company’s promises, this battery reaches 100 percent from 0 percent in just 65 minutes.

Available in blue and silver colors, Realme Narzo 30 comes with a price tag of $ 190. Sales will begin on May 20.

Harry Potter: what is the order of the films